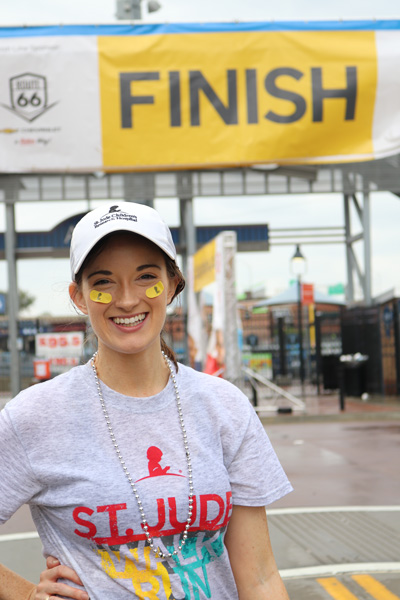 September is designated as Childhood Cancer Awareness Month to bring awareness to childhood cancer, which remains the leading cause of death by disease for children under the age of 15.  St. Jude Children’s Research Hospital is leading the way the world understands, treats, and defeats childhood cancer and other life-threatening diseases.

Melissa Revell, a healthcare attorney at McAfee & Taft, developed a heart for the mission of St. Jude after interning in the Office of Legal Services at St. Jude Children’s Research Hospital during law school.  Since then, she has been involved with supporting local St. Jude fundraising efforts in Tulsa, Oklahoma.

A record-breaking event, the 2019 St. Jude Walk/Run Tulsa raised more than $195,000 and had nearly 1,700 participants – almost doubling its numbers from the previous year.  The event took place at ONEOK Field, and it included a timed 5K, a fun one-mile walk, a live concert by Voth, food trucks, yoga, a photo booth, and more!  Honorary starters for the race included several local St. Jude patients and their families.

Several McAfee & Taft attorneys and staff contributed to the cause and supported Melissa in her efforts.  Additional contributions can be made at http://walkrun.stjude.org/MelissaRevell