2020 IP Wrap-up: What this year’s Supreme Court opinions mean for you 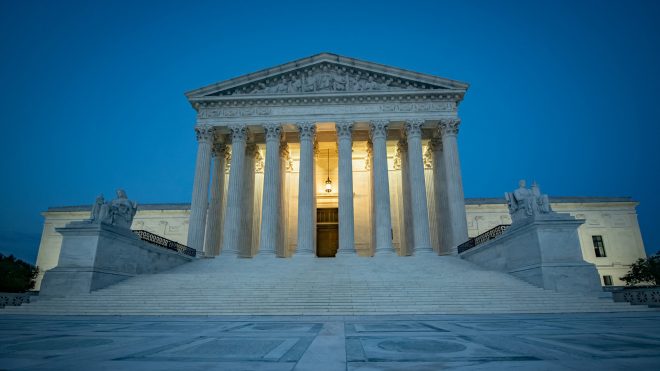 2020 was a tumultuous year. And while you were busy shifting to online meetings, implementing new measures to keep employees and customers safe, and otherwise adapting to the challenges created by the coronavirus, the U.S. Supreme Court has, for the most part, continued business as usual, issuing a number of new opinions including several addressing intellectual property rights. Here’s a look back at some of the Supreme Court opinions you may have missed, and an overview of how these opinions will impact your business as we leave 2020 behind us.

The Supreme Court issued two new opinions affecting trademark rights and remedies. First, in Romag Fasteners Inc. v. Fossil Group, the Court resolved a circuit split over when a plaintiff in a trademark action can recover an infringer’s profits. Prior to the Court’s decision, several circuits held that a plaintiff could recover a defendant’s profits only if the defendant had willfully infringed the plaintiff’s trademark. The Court rejected this requirement. Although the Court recognized that an infringer’s mental state remains relevant when crafting an award of damages, the Court held that a showing of willfulness is not a prerequisite to an award of the infringer’s profits. In view of this decision, companies should reevaluate the potential risks (and rewards) associated with existing, threatened, or pending trademark litigation, and consider whether a revised strategy should be adopted in view of the Supreme Court’s decision in Romag.

Second, in U.S. Patent and Trademark Office v. Booking.com, the Court created a path to registration—albeit a narrow one—for trademarks consisting of generic words followed by a top-level domain. The Court affirmed the Fourth Circuit’s holding that the name BOOKING.COM is a protectable trademark, holding that, when a generic term is combined with a top-level domain, consumers may (but will not necessarily) interpret the combined term as a brand name. Companies that have been reluctant to obtain websites or register marks consisting of a generic word followed by a top-level domain should revisit this issue in view of the Court’s decision, and should consider whether to modify their marketing strategies to emphasize marks that may now be, or may now have the potential to become, protectable trademarks.

The Court issued a pair of 2020 rulings addressing the individual states’ ability to obtain copyright protection for works created by the state, as well as the states’ ability to avoid claims of infringement. In Georgia v. Public.Resource.Org, Inc., the Court held that the states are unable to obtain copyright protection for any “works” produced by judges and legislators in the course of their official duties, regardless of whether those “works” carry the force of law. This decision significantly expands the scope of materials accessible without charge—or risk of infringement—by private actors, as explanatory and procedural materials such as notes, syllabi, floor statements, committee reports, drafts, and commentary that are created by judges and legislators in the course of their official duties are now free to be used by the public. To the extent this decision was a blow to the states, it was likely offset by the Court’s ruling in Allen v. Cooper. In that case, the Court concluded that Congress lacked authority to abrogate the states’ sovereign immunity from suit in copyright infringement cases under the Copyright Remedy Clarification Act, and that, consequently, the plaintiff in the underlying litigation had no remedy against the state of North Carolina for its unauthorized use of copyrighted footage belonging to the plaintiff. As a result of these decisions, private actors can now use far more works “authored” by the government without fear of reprisal; however, entities that provide copyrightable materials to state governments should immediately consider implementing contractual safeguards (such as immunity waivers) and technical safeguards (such as lock-out mechanisms) to protect not only their copyrighted works but also their ability to recover for the infringement of those works by state actors.

The two patent law decisions issued by the Supreme Court in 2020 deal primarily with the cost of and ability to obtain appellate relief. First, in Peter v. NantKwest Inc., the Court rejected the U.S. Patent and Trademark Office’s claim that it may recover its attorneys’ fees as “expenses” when a dissatisfied patent applicant files a district court proceeding to appeal the decision of the Patent Trial and Appeal Board (“PTAB”) denying patent protection. Next, in Thryv Inc. v. Click-to-Call Technologies LP, the Court confirmed that decisions by the PTAB to implement Inter Partes Review are final and non-appealable. While these decisions do not change the substance of U.S. patent law, they have the effect of streamlining appeals from the PTAB and decreasing the potential costs associated with certain appeals of PTAB decisions.

Perhaps the biggest IP case on the Supreme Court’s calendar, Google v. Oracle, was rescheduled due to the COVID-19 pandemic. The Court’s upcoming decision is likely to resolve a decade-long battle between two tech giants concerning whether a software interface is entitled to copyright protection, as well as the applicability of the fair use doctrine in software cases. We look forward to updating you on this and other significant opinions poised to change the IP landscape in the coming year.