Trial and appellate lawyer Andrew J. Morris has rejoined McAfee & Taft, the state’s largest law firm, after serving for two years as a federal law clerk to the Honorable Scott L. Palk of the Western District of Oklahoma.

Morris’s practice is focused on general civil litigation, including complex commercial litigation and appeals at the state and federal levels. He also assists clients in defending against class. His practice spans multiple industries, with a special emphasis on insurance, finance and banking, and healthcare. His insurance litigation experience includes defending national insurers against claims for bad faith, breach of contract, breach of fiduciary duty, alleged violations of the Oklahoma Consumer Protection Act, fraud, and negligence, as well as coverage disputes arising under life, credit disability, and property insurance policies.

Morris originally joined McAfee & Taft in 2013 after graduating with highest honors from the University of Oklahoma College of Law. In addition to his private practice, he coaches OU Law’s student teams that compete annually in the Federal Bar Association’s Thurgood Marshall Memorial Moot Court Competition, including last year’s team, which won the national championship.

Morris’ achievements have earned him inclusion in Oklahoma Super Lawyers’ list of “Oklahoma Rising Stars,” which recognizes the state’s top up-and-coming attorneys. In 2017, he was recognized as the “Attorney of the Year” by the Central Oklahoma Association of Legal Assistants for his ongoing efforts in supporting the paralegal profession. 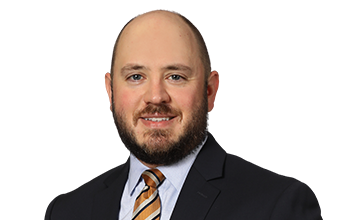