The American Quarter Horse Association (AQHA) recently scored a victory in its appeal of an adverse jury verdict against it involving its refusal to register “cloned horses.” The 5th Circuit Court of Appeals handed down its ruling January 14, 2015, in Abraham & Veneklasen Joint Venture v. the American Quarter Horse Association, reversing a jury verdict and granting judgment for AQHA.

The plaintiffs sought to register their cloned horses with AQHA’s breed registry to enable them to participate in lucrative events and horse shows sponsored by AQHA. AQHA, a non-profit organization known worldwide with a membership exceeding 280,000, sponsors numerous events in addition to its breed registry. Participation in AQHA events requires registration of the horses. The AQHA, acting through its board and a registration committee, denied registration to cloned horses. Plaintiffs filed suit in April 2012 contesting the AQHA’s refusal to register their horses.

The plaintiffs in this case raised two antitrust issues in the federal action. First, they alleged that the AQHA board, its members and the breed registration committee conspired to prevent the registration of cloned horses in restraint of trade, thus excluding them from lucrative events in the market for “elite Quarter Horses” in violation of Section 1 of the Sherman Act. Second, they claimed that AQHA’s actions constituted monopolization and exclusionary conduct under Section 2 of the Sherman Act.

AQHA moved for judgment as a matter of law prior to trial, but its motion was denied. The case was then tried to a jury, which returned a verdict in favor of the plaintiffs but awarded no damages. Instead, the court entered a broad injunction requiring AQHA to adopt rules for the registration of cloned horses. AQHA appealed to the 5th Circuit.

AQHA asserted that it was legally incapable of participating in a “conspiracy” because it was a single entity and, as such, could not conspire with itself. After much discussion of this argument, the appeals court found that even if a registry organization, its members and committees are capable of participating in a conspiracy under the law, the evidence at trial was simply insufficient to establish a conspiracy because it did not tend to exclude the possibility of independent action or even suggest the existence of any conspiracy at all.

As for the claim of monopolization under Section 2 of the Sherman Act by a single entity, plaintiffs claimed that AQHA monopolized the relevant market for elite Quarter Horses. Assuming there is such a market separate and apart from Quarter Horses, the appeals court found that AQHA is just a member organization with a breed registry and does not compete in an elite Quarter Horse market. In other words, because the AQHA is not engaged in breeding, racing, selling or showing elite Quarter Horses, it is not technically a competitor of the plaintiffs and does not participate in the relevant market. Accordingly, AQHA could not monopolize the market in violation of Section 2 of the Sherman Act. 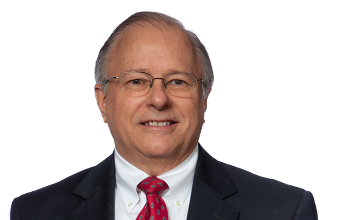