Are noncompetition and nonsolicitation agreements enforceable?

On November 22, 2011, the Oklahoma Supreme Court decided Howard v. Nitro-Lift Technologies, L.L.C., which could impact existing agreements with employees containing noncompetition and nonsolicitation provisions that restrict an employee’s ability to compete with the employer after the employee separates from employment. As a result of this case, we highly recommend that employers revisit past agreements containing noncompetition or nonsolicitation provisions.

The applicable statute governing these types of agreements is 15 Okla. Stat. § 219A. Section 219A provides that where an employee has executed a covenant not to compete with the employer, the employee “shall be permitted to engage in the same business as that conducted by the former employer as long as the former employee does not directly solicit the sale of goods, services or a combination of goods or services from the ‘established customer’ of the former employer.” The statute then provides that any provision in a contract between an employer and employee in conflict with the mandate of Section 219A “shall be void and unenforceable.”

The agreement at issue in Nitro-Lift Technologies had several problematic covenants. The agreement contained a noncompete clause that restricted the employees from working for, leasing to, or selling equipment to competitors for a period of two years following the termination of the employee’s employment. The agreement also contained a nonsolicitation provision that prohibited the employees from canvassing, soliciting, approaching or enticing away any past or present customer or supplier for a period of two years after separation from employment. After two employees resigned and went to work for a competitor, the employer commenced an arbitration proceeding seeking relief for the employee’s breaches of the restrictive covenants. In response, the employees instituted a declaratory judgment action seeking a declaration that the agreement was unenforceable.

A Cautionary Word for Employers

The Court’s refusal to modify the covenants appears to be based in part on the vast extent of the problems with the agreement at issue. Nonetheless, this case underscores the importance of ensuring that you have properly drafted noncompetition agreements. In order for a noncompetition agreement to be enforceable under Section 219A, its restrictions should be limited to prohibiting the “direct solicitation” of the employer’s “established customers.” Any other phrase could result in a finding by a court that the agreement is unenforceable. Again, we strongly suggest that you contact counsel to review any noncompetition or nonsolicitation agreements you are currently using for employees, and also to address the best way to approach employees regarding past agreements with questionable restrictions. 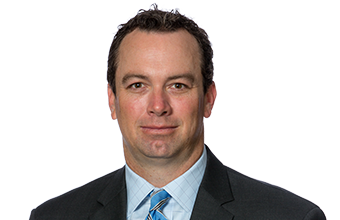