Are off-site injuries covered by workers’ comp in Oklahoma? It depends. 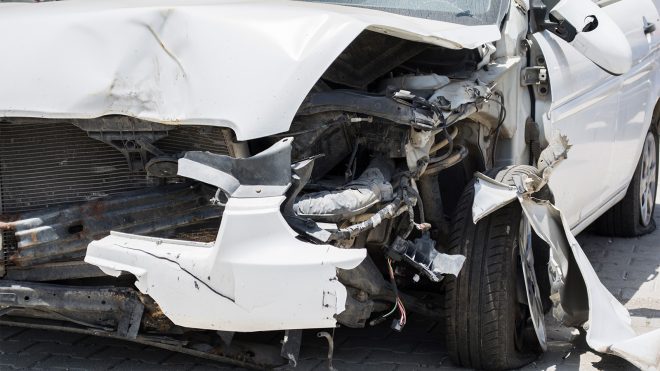 Over the years there has been a steady stream of cases involving employees who have filed workers’ compensation claims after being injured away from the employer’s premises. Sometimes it was difficult to determine whether the off-site injury was compensable. Changes to Oklahoma’s laws sought to clarify this question, and two recent cases provide employers with more answers.

The drive to the wind farm

Austin Brown lived in Texas, but he temporarily relocated to Oklahoma to work on a construction project building a large wind farm near Ponca City. In addition to his hourly wage, Brown received $100 per day from Infrastructure & Energy Alternatives (IFE), the general contractor, to pay for meals, lodging and other incidental expenses.

IFE did not provide transportation or lodging, and employees were required to report to the worksite by 7:00 a.m. every day. Brown and three coworkers carpooled to the job in a private vehicle each morning.  During their commute, which typically took 30 – 45 minutes, it was not unusual for the employees to discuss work for the upcoming day. One morning while attempting to turn off a state highway onto the worksite, their car collided with an oncoming truck.  Brown sustained serious injuries, and he sought workers’ compensation benefits from IFE.

An Oklahoma appeals court found his accident and resulting injuries were not covered by workers’ compensation under the current law. The court pointed out that the statute specifically excluded coverage for “an employee’s transportation to and from his or her place of employment.”  85A O.S. sec. 2(13)(a).  This is commonly known as the “commuting” exclusion. Here, IFE was not responsible for Brown’s housing or his method of transportation. The fact IFE paid Brown a per diem amount did not alter the fact it was a commuting event.

Darlene Johnson worked for the Mid-Del School District as a cafeteria worker for more than 11 years. Because she was a smoker and was careful not to violate the policy that prohibited the use of tobacco on school premises, Johnson’s cigarette breaks took some effort.  On the day of the accident, Johnson’s supervisor authorized her to take a break while she was still clocked in. Johnson left school property and smoked her cigarette while standing on a nearby city street. To return to the cafeteria building after her smoke break, Johnson re-entered school property by walking through the school’s parking lot. While navigating the parking lot, Johnson tripped over a piece of broken concrete and fell striking her arm, shoulder and head. After multiple surgeries, Johnson sought workers’ compensation benefits from the school system.

Injuries that happen in a parking lot before an employee begins work are not compensable, unless the employer owns or maintains exclusive control over the parking lot.  85A O.S. sec. 2(13)(c).  Here, Johnson was on the clock when she fell.  Additionally, Oklahoma’s health legislation banning smoking at educational facilities specifically treats school parking lots as part of an educational facility’s premises.

The fact that her injuries occurred while on a break does not disqualify her from workers’ compensation coverage. Injuries that happen during a break are compensable if they occur in an area owned or exclusively controlled by the employer and the break is authorized by a supervisor.  85A O.S. sec. 2(13)(d).  Here, Johnson’s supervisor had okayed her smoke break. Accordingly, Johnson was entitled to workers’ compensation benefits.

Two cases … two very different outcomes. Changes to Oklahoma law and recent cases have helped to define more clearly when an off-site injury is compensable and when it is not. Like these two cases illustrate, determining whether such injuries are compensable invariably comes down to the specifics of a particular accident and the employee’s circumstances.