McAfee & Taft, the state’s largest law firm, has announced the addition of Jeffrey L. Vogt and Chase C. Webb as associates in its Oklahoma City office.

Jeff Vogt is a corporate attorney whose transactional practice encompasses a broad range of complex business matters, including mergers and acquisitions, business and asset sales, transaction financing, governance and compliance matters, and the formation and organization of various types of business entities.

While in law school, Jeff served as note and comment editor of the Oklahoma Law Review, was the recipient of 17 American Jurisprudence Awards, and was also named to the Order of the Coif, Order of the Barristers, and National Order of Scribes.

Chase Webb is a registered patent attorney whose practice is focused on intellectual property counseling and transactional matters involving patents, trademarks, copyrights, licensing agreements, and trade secrets. Prior to joining the firm, Chase was a registered patent agent with the U.S. Patent and Trademark Office.

McAfee & Taft is one of the nation’s 250 largest law firms as ranked by the National Law Journal and serves clients locally, nationally and internationally in the areas of aviation, business law, corporate and securities, employee benefits, entertainment law, environmental law, healthcare, intellectual property, labor and employment, litigation, oil and gas, real estate and tax and family wealth. The firm employs nearly 350 Oklahomans, including 175 attorneys, and has offices in both Oklahoma City and Tulsa. 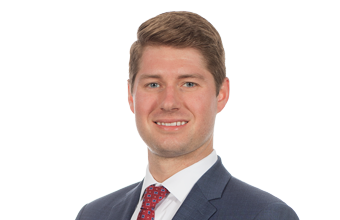 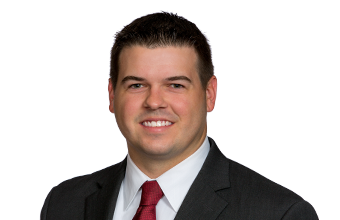