In an article titled “No clear prognosis for reform” published in The Journal Record, writer Kirby Lee Davis reported on employer concerns over looming health care reform deadlines at a meeting of the Tulsa Metro Chamber’s Health Care Forum. Guest speakers at the event were McAfee & Taft employee benefits attorney Bill Freudenrich, Mike Rhoads of the Oklahoma Insurance Department, and Rep. Glen Mulready of Tulsa, all of whom acknowledged that the complex law was fraught with a lot of unresolved questions. Rhoads added that pending court decisions — aside from the U.S. Supreme Court’s decision this summer which upheld much of the Patient Protection and Affordable Care Act (PPACA) — and election year politics have contributed to the foot-dragging regarding the implementation of health care reform.

While reviewing the timeline of 2012–2014 deadlines, Freudenrich asked the attendees if they had been provided a summary of benefits and coverage from their insurers. When hardly anyone raised a hand, he expressed concern. “That’s very, very important. There are fines and penalties if you do not provide that to your employees. It has to be given out this fall if you are on a calendar year plan.”

Despite the ongoing political debate, Freudenrich said some key 2012 deadlines and issues must be addressed by employers now. These include the proper definition and classification of independent contractors, part-time, and full-time employees; W-2 reporting which now requires companies to include the cost of employer-sponsored health coverage on the forms; and the fact that women’s preventive services must be included in non-grandfathered health plans.

For more comprehensive information about the law’s provisions and deadlines, Freudenrich encouraged attendees to view a series of videos on health care reform presented by McAfee & Taft attorneys shortly after the U.S. Supreme Court ruled on the constitutionality of the PPACA. The seminar videos are available at employerlinc.com. 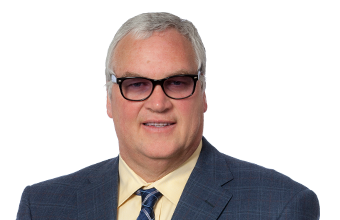