Be Careful What You Say: The danger of the charge of discrimination 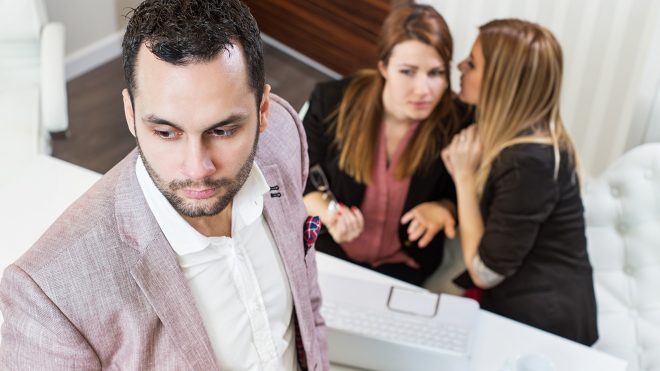 It’s tempting for employers to shrug off the allegations contained in a charge of discrimination or similar agency filing – viewing them as unfounded, unsupported and self-serving. Or worse, an employer may attack the charging party’s self-serving allegations with its own self-serving response.  But, as the recent decision of one federal appeals court demonstrates, statements made in, or in response to, a charge of discrimination may impede an employer’s ability to avoid trial, or may result in the employer’s downfall at trial.

Courts: Allegations in discrimination charges may be viewed as evidence

On April 15, 2019, the U.S. Court of Appeals for the Second Circuit determined in Moza v. New York City Health and Hospitals Corp, et al. that a triable fact issue existed as to whether the employer’s reason for terminating Dr. Moza’s employment – his poor work performance – was pretext for race or national origin discrimination.  The appeals court concluded the complaint filed by Moza, a Coptic Christian of Egyptian origin, with the New York State Division of Human Rights was sufficient evidence to establish pretext.  The court held Moza’s discrimination claim was not proper for summary judgment and that a jury needed to determine the issue after hearing the testimony and weighing the credibility of witnesses.  In Moza’s complaint with the state agency, he asserted he overheard his supervisor comment on the telephone that she “know[s] how to terminate this stupid Egyptian guy.”  The appeals court found the district court had improperly ignored this evidence in reaching its decision to grant summary judgment to the employer and, instead, had only considered the deposition testimonies of Moza and the offending supervisor when deciding whether evidence of pretext existed.

Although the Moza case is a timely reminder of “what you say matters,” the Moza court is certainly not the first court to treat charges of discrimination or similar administrative complaints as evidence in deciding whether summary judgment should be granted.

In Broich v. Incorporated Village of Southampton, another Second Circuit case, the court declared, “Broich’s EEOC charges are sworn affidavits and are allegations of fact, made under the penalty of perjury, and should be treated as evidence in deciding a summary judgment motion.”  The court reasoned that such statement was sufficient for a jury to infer intentional discrimination.  Trying to keep the charge out of evidence, the employer argued that the statement did not give rise to an inference of discrimination because it also revealed discrimination for non-racial reasons and included “observations that other factors played in the [employment] decision.”  The court rejected this argument, however, stating it was the jury’s job, not the court’s, to determine whether discrimination occurred:

“Defendants merely point out opposing inferences that could be drawn from Broich’s sworn statement. It is not for us to choose among inferences—whether the inference of discrimination [was] based on a purported eye disability, the fact that [Broich] was unmarried, or had a Latino girlfriend, or was childless, or of German ancestry, or had made the most DWI arrests within the Village—and determine which inference is most likely. Our inquiry is simply whether a rational juror could make an inference of racial discrimination from Broich’s sworn statement.”

Similarly, in 2013, a Texas federal court in Lister v. National Oilwell Varco, LP viewed plaintiff’s sworn charge as “competent evidence that he saw a racial epithet written on his toolbox and complained to” his employer.  These cases are reminders that an employee’s statement in a charge of discrimination can, and likely will, be viewed as evidence and may make resolving the dispute more difficult and expensive.

The reverse is even more of a concern

There is little an employer can do to guard against an employee’s statements in a charge of discrimination or comparable state filing that may later be viewed as competent evidence by a court.  On the other hand, employers can, and should, exercise caution when responding to such charges.  In Jones v. National American University, a federal appeals court concluded the district court had properly allowed Ms. Jones to impeach the university at trial with its response to her EEOC charge of discrimination.  The university’s response to the charge of discrimination alleged that Jones was not promoted due to her poor work performance.  However, at trial, members of the hiring committee did not at all mention Jones’ poor work performance.  The district court permitted Jones to use the EEOC response to impeach the testimony of the witnesses.  In this case, the appeals court found this use proper even though the district court had excluded Jones’ EEOC file and the EEOC’s dismissal of her claim from the evidence at trial, agreeing with Jones that such documents would be too prejudicial to her!

Best practices for navigating a charge of discrimination

Upon receipt of a charge of discrimination, employers should strongly consider contacting a labor and employment attorney.  An attorney can help prepare the response, or at a minimum, discuss the key issues with the employer, guide a response, and/or review a response prepared by the employer.  How much assistance an employer should have, or may desire, will likely depend on numerous factors, such as whether the charging party is represented by an attorney, whether there is substance to the claims, the extent of risk, and whether, as demonstrated above, the allegations on paper could support an inference of discrimination or retaliation – even if such allegations are self-serving and unfounded.

In addition, and importantly, when preparing a response, employers should take extra care in not producing documents or statements that could later be viewed as inconsistent, untruthful or damaging.  Affidavits, for instance, can be a powerful tool and eliminate the need for other documentation, but they should be utilized with great caution.  Individuals executing affidavits should understand each and every statement made therein, ensure each and every statement is true and accurate, and be prepared to answer probing questions about those statements.  Employers should communicate clearly to affiants that they are free not to sign an affidavit and will not suffer any negative consequences for refusing to sign or for modifying the factual content of an affidavit to comport with the truth.  In other words, be confident in the content or don’t sign.