Because they are NEVER EVER EVER getting back together… 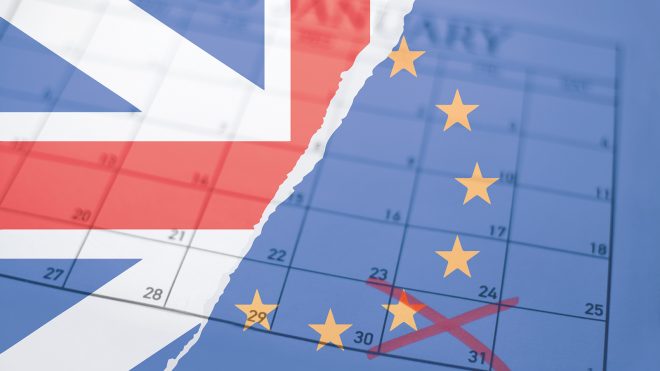 It’s over. After all the cliffhangers, the United Kingdom has finally left the European Union. Who keeps the house? Who has to buy a new sofa? Brexit may not mean much to the average American, but if you do business in Europe, there is at least one thing to be considered in this breakup — what happens to the trademarks? Like personal property divvied up in a contested divorce, it’s complicated.

At the end of the transition period, trademark owners have another nine months to clone any EU marks that are still pending (haven’t yet been registered) in the UK system. During this nine-month period, which ends September 30, 2021, the cloning is not automatic or free — the trademark owner must apply for it and there will be a charge from the UK office.

Renewals are treated in a similar way. If your Community Trademark has a renewal date before December 31, 2020, you can renew it in the EU, and it will automatically be cloned in the UK. The cloned registration in the UK will have a 10-year renewal period. One caveat: this renewal can’t be done early to take advantage of the free and automatic cloning process. If the renewal date for an existing EU mark falls after the ball drops at the end of 2020, you’ll renew your mark in the EU, but will have to apply and pay for renewal in the UK separately.

The best practice is to assess where you’re doing business and where you are in the filing or registration process right now. Most EU applications are granted within about five months. If you’ve already filed and think your application will be granted before the end of 2020, you probably do not need to file a “backup” UK application and can instead rely on the cloning process that will take place during the transition. If not, and you feel you need protection in both the EU and the UK, you’ll want to file both a Community Trademark and a UK application.

Because the UK left without a deal, the process for opposition or cancellation actions is still a little messy. Both the EU and the UK are still sorting through what weight they will give prior use, and if where that use took place will matter. There is also some uncertainty around how each jurisdiction will view the rights of trademark owners to control product resales, so it remains to be seen what will happen both during and after the transition. We’ll keep you posted as the fog lifts on this area.

For the time being, the “No Deal” Brexit looks like a relatively good deal for trademark owners.