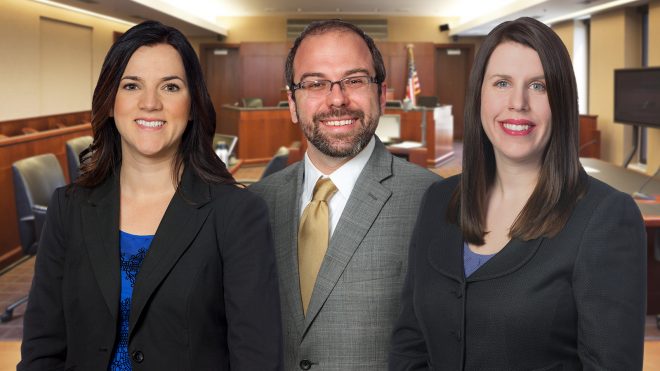 Jodi C. Cole, Christopher M. Scaperlanda and Kristin M. Simpsen, trial lawyers and shareholders with the law firm of McAfee & Taft, have been named by the editors of Benchmark Litigation to its just-released 2020 “40 & Under Hot List” of the nation’s most notable up-and-coming litigators.

Cole, a 2008 graduate of the Oklahoma City University School of Law, concentrates her practice on the representation of energy industry clients in class action royalty lawsuits as well as disputes involving surface damages, pollution and other environmental issues, quiet title, lease cancellation, bodily injury, property damage, and materialmen’s and mechanics’ liens. Her achievements have earned her inclusion in The Best Lawyers in America and Oklahoma Super Lawyers’ list of “Oklahoma Rising Stars,” which recognizes the state’s top up-and-coming attorneys.

Scaperlanda’s litigation practice encompasses a broad range of commercial matters, including those involving insurance disputes, securities claims, medical licensing and physicians’ hospital privileges, directors’ and officers’ liability, contract disputes, and other complex business litigation. A portion of his practice is also devoted to appellate matters in state and federal courts.

Scaperlanda, a 2009 honors graduate of the University of Texas School of Law, has also been recognized as a “Rising Star” by the publishers of Oklahoma Super Lawyers.

Simpsen, a 2008 graduate of the University of Oklahoma College of Law, concentrates her practice on the representation of management exclusively in labor and employment litigation before state and federal courts, regulatory and administrative agencies, and in arbitration proceedings. She has also been named to Oklahoma Super Lawyers’ list of “Oklahoma Rising Stars.”

With more than 170 attorneys and offices in Oklahoma City, Tulsa and Springfield, McAfee & Taft is one of the nation’s 250 largest law firms as ranked by the National Law Journal. 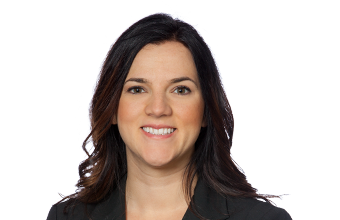