For more than 45 years, Drew Neville has distinguished himself as one of the nation’s go-to trial lawyers, representing clients in numerous high-stakes, high-profile cases across the country.

Since entering private practice full-time in 1976, Drew has tried in excess of 200 cases at the trial and appellate levels — more than 150 of which have resulted in a verdict — and has developed a reputation for being a meticulous advocate for clients in high-stakes litigation, including bet-the-company and white collar criminal cases, as well as complex litigation involving business, securities, banking, antitrust, and directors’ and officers’ liability claims. Over the course of his distinguished career, his clients have included prominent corporate executives, media celebrities, sovereign Indian nations, and some of the nation’s leading corporations.

Drew is widely regarded by his clients, colleagues and the judiciary for his keen intelligence, amiable personality, and ability to make even the most complex subjects understandable to juries. He is particularly known for his work ethic, professionalism, and litigation preparation skills. As one former prosecutor and judge once noted, “Nobody is going to out-prepare Drew Neville.”

In addition to his private practice, Drew has served as a guest lecturer on trial advocacy at Harvard Law School and as an adjunct professor teaching trial practice skills at Oklahoma City University School of Law.

Drew’s skills as a preeminent trial lawyer have earned him fellowship in the American College of Trial Lawyers and perennial inclusion in Chambers USA Guide to America’s Leading Lawyers for Business, The Best Lawyers in America (antitrust litigation; bet-the-company litigation; commercial litigation; securities litigation; white collar criminal defense), Benchmark Litigation, and Oklahoma Super Lawyers, which has named him to its prestigious list of “Top 10 Oklahoma Lawyers” every year since its inaugural publication and ranked him #1 for eight years.

Early in his career, Drew worked as a legislative assistant to U.S. Senator Henry Bellmon during the time of the Watergate hearings. Upon returning to Oklahoma in 1974, he served as an Assistant U.S. Attorney for the Western District of Oklahoma, where he prosecuted both civil and criminal cases, including those involving fraud against the government, mail and wire fraud, bank fraud, drug and narcotics violations, and interstate theft of stolen property.

Prior to joining McAfee & Taft, Drew was a senior partner with the law firm of Hartzog, Conger, Cason & Neville.

Drew is also the author of the nonfiction book Jack’s 45th, which chronicles the life of his father, Jack Neville, while serving in World War II as a soldier in Oklahoma’s 45th Infantry Division.

The Dark Clouds of Investigation: The Assault on the Area of Mutual Interest Agreement

A Century of Trial Basics

A Century of Trial Basics

The Nuts and Bolts of Litigating Daubert/Kumho Challenges

Discovery Practice in the District Court

Injunction and Receiverships: Trial and Appeal of Permanent Injunctive Actions

Fraud in the Business Arena

Hearsay and the Spontaneous Exceptions Under the Oklahoma Evidence Code

Getting Your Evidence In; Keeping Theirs Out: How to Cross-Examine Their Witnesses and Make Objections 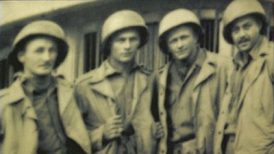 The New Beep in Search & Seizure 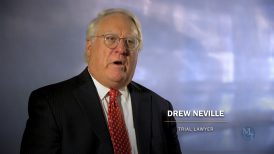 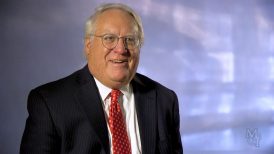 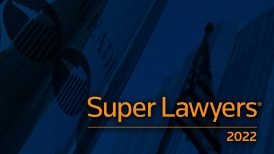 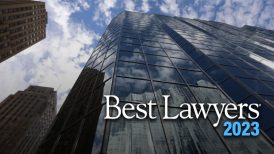 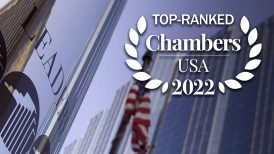 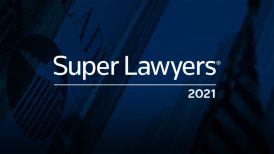 Marshaling the Evidence: Drew Neville does his homework. And then he does it again.