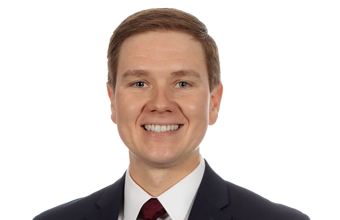 Garrett Reed is a trial lawyer whose practice is concentrated on business litigation before state and federal courts, arbitrations, and administrative proceedings, with an emphasis on matters affecting farmers, ranchers, equine owners, landowners, and agribusinesses.

The Oklahoma native earned his undergraduate degree in agricultural sciences and natural resources with a major in agribusiness from Oklahoma State University in 2017. While at OSU, he was an active member of various organizations like the Oklahoma Agricultural Leadership Encounter Class XIV, served as the Oklahoma FFA Association State President, and was a member of the 2016 OSU World Champion Horse Judging Team.

Garrett then earned his Master of Science degree in agricultural economics from Oklahoma State University in 2019. In this program, he developed a model to simulate the economic impact of various inter-family farm and ranch transition strategies to determine each plan’s probability of success.

Garrett went on to graduate with honors from the University of Oklahoma College of Law in 2022, where he was named to the Order of the Coif. While pursuing his Juris Doctor, he served as assistant articles editor and candidate mentor of the Oklahoma Law Review, competed on the National Moot Court Competition team, served as the president of the OU Agricultural Law Association, and received five American Jurisprudence Awards for academic excellence.

Garrett and his wife operate a small cow/calf operation, where they raise registered Hereford and commercial cattle.

A Model of Farm Transition Planning for the U.S. Plains 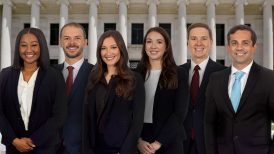