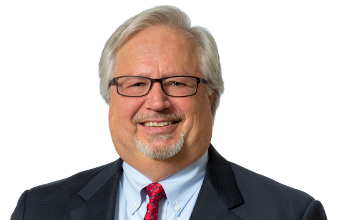 Over the course of his distinguished 40-year career, Gerald Hilsher amassed a wealth of experience in numerous substantive areas of law.  Prior to his retirement from McAfee & Taft in December 2019, his practice was primarily trial and appellate work in complex commercial litigation, business torts, fiduciary litigation, environmental litigation (civil, criminal, and administrative), and select white collar criminal defense, including Medicaid/Medicare fraud, bank fraud, conspiracy, and violations of the False Claims Act. He regularly tried cases in state court, federal court and before administrative agencies and successfully argued significant appellate matters of interest before the Oklahoma Court of Civil Appeals, Oklahoma Court of Criminal Appeals, Oklahoma Supreme Court, and U.S. Court of Appeals for the Tenth Circuit.

His achievements earned him inclusion in The Best Lawyers in America (appellate practice; commercial litigation; environmental litigation; mediation; real estate litigation) and Oklahoma Super Lawyers, where he was named to its list of “Top 50 Oklahoma Lawyers.” In 2011, he was named to The Journal Record’s list of Leadership in Law Award honorees.  In 2020, he was selected by Best Lawyers as “Tulsa Mediation Lawyer of the Year,” an honor given to a single lawyer in each legal specialty in each community.

Early in his career, Gerald was a criminal prosecutor, first as an Assistant District Attorney in Austin, Texas, and then as an Assistant United States Attorney in charge of the Organized Crime Drug Enforcement Task Force in Tulsa, Oklahoma. He also served as Deputy Assistant Secretary for Law Enforcement at the U.S. Treasury Department during the Reagan administration where his responsibilities included the administration of the Bank Secrecy Act regulations and other anti-money laundering initiatives of the federal government, and departmental oversight of U.S. Customs, U.S. Secret Service, the Bureau of Alcohol, Tobacco & Firearms, and the Federal Law Enforcement Training Center.

In addition to his trial practice, Gerald was also an experienced mediator, having served as a member of both the Commercial Mediation Panel and the Commercial Arbitration Panel of the American Arbitration Association, as an adjunct settlement judge for the U.S District Court for the Northern District of Oklahoma from 1992 – 2019, and as an adjust settlement judge for Tulsa County’s Early Settlement Program from 2009 – 2019.  He also previously served as a temporary judge on the Oklahoma Court of Appeals (attorney-staffed panels) and as a Special Master in federal court reviewing documents seized pursuant to search warrant for attorney-client privilege.

Gerald’s professional interest in environmental law and water law began in 1997 when he was appointed to the Governor’s Animal Waste and Water Quality Protection Task Force. In 1998, he was a gubernatorial appointee to the Oklahoma Scenic Rivers Commission, having been first appointed by Governor Frank Keating and re-appointed by Governors Brad Henry and Mary Fallin. In his 18 years of service to the OSRC, he was elected chairman of the commission four times and served as vice chairman another four years. In 2018, he was inducted into the Save the Illinois River Hall of Fame for his work on the commission.

Despite his many awards, which included being the 2018 recipient of the Oklahoma Bar Association’s John E. Shipp Award for Ethics and the 2006 recipient of the Tulsa County Bar Association’s Neil E. Bogan Professionalism Award, Gerald’s proudest accomplishment was being a mentor to many fine young lawyers throughout his career.  He especially cared about what he called “the proper care and feeding” of the firm’s young associates, and he took great pride in their achievements and professional development.