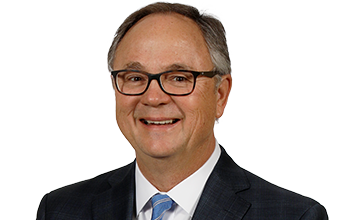 Joel Stafford has served as a trusted tax advisor for nearly 40 years, initially as a certified public accountant and later as a lawyer. He began his legal career at McAfee & Taft in 1989 and learned to practice tax law from the best tax lawyers in Oklahoma, some of whom still practice law at the firm. Many years later, in 2022, Joel proudly rejoined the firm’s tax practice.

For the eight years prior to rejoining McAfee & Taft, Joel served as senior tax counsel at Devon Energy Corporation, a leading independent oil and natural gas exploration and production company based in Oklahoma City. At Devon, he oversaw and managed all income tax planning, strategy, and transactional matters, which included domestic and Canadian asset acquisitions and divestitures, cross-border transactions, creation and divestiture of a master limited partnership (“MLP”) involving midstream oil and gas assets, a merger of two publicly traded upstream energy companies, and numerous joint venture and partnership transactions. These transactions, often measured in the billions of dollars, informed Joel’s insight and understanding of tax issues presented in complex transactions and how to resolve them.

Interestingly, during his years at Devon, Joel also oversaw all federal and international tax audit and controversy matters, which included U.S., Canadian, and other international tax audit matters. And, for two of his years at Devon, he served as tax director, where he was ultimately responsible for all tax compliance and financial reporting. This combination of responsibilities, together with his tax planning responsibilities, gave Joel a perspective that is unique to many tax lawyers, such as understanding the importance of how a transaction will be reported on the income tax return and in the financial statements under Accounting Standards Codification (“ASC”) 740. He also gained a better understanding of how the Internal Revenue Service, the Canada Revenue Agency, and other taxing authorities approach examination of complex high-stakes transactions.

This Oklahoma native brings a unique blend of technical knowledge and experience to his practice at McAfee & Taft. Joel is a certified public accountant and, early in his career, was the controller for a closely held Oklahoma-based oil and gas company. When he later attended law school, he earned the rare distinction of graduating first in both his J.D. and LL.M (Taxation) graduating classes. Over the years, including those early years at McAfee & Taft, later as a small-town lawyer serving local entrepreneurs and energy-industry service companies, and most recently at Devon, Joel’s legal and tax experience has focused primarily on corporate and partnership transactional planning and on tax audit and controversy matters. His practice at McAfee & Taft will continue that focus.

Finally, in addition to practicing law, Joel loves to teach tax law and has done so from time to time throughout his career. He has served as an adjunct professor at the University of Oklahoma College of Law, the Oklahoma City University School of Law, and the East Central University Department of Accounting. Most recently, Joel taught Individual Income Tax at OU Law for the Fall 2021 semester and will help coach the National Tax Moot Court team at OU Law for the Spring 2022 semester.

Four Things Every Oil and Gas Lawyer Should Know About Tax 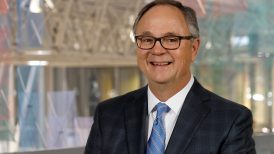