While working full-time and attending law school, the Oklahoma native became a registered patent agent in 2018. His prior career experience also includes serving as an adjunct instructor of electronics at ITT Technical Institute.

Prior to pursuing his undergraduate degree, Robert served as an infantry squad leader in the U.S. Army from 1998–2002. In addition to being assigned to duty stations in Ft. Benning, Georgia, Ft. Campbell, Kentucky, and Camp Casey, South Korea, he received a humanitarian award for his efforts in aiding firefighters in the containment of a national forest fire in 2000 as part of a domestic deployment.

Robert also holds an associate’s degree in electronics from Eastern Oklahoma State College and an MBA from Northeastern State University. 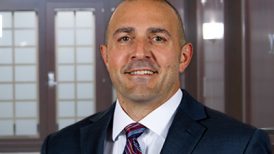