Steve Ward is an experienced trial lawyer whose state and federal trial practice is concentrated on representing leading manufacturers and distributors of consumer and commercial products in the areas of products liability defense and other tort litigation.

Steve is particularly regarded for his decades of experience and expertise defending automakers and auto parts manufacturers in products liability litigation. For much of his career, he has served as trial counsel for two of the nation’s leading automakers in litigation involving claims of personal injury and wrongful death. In addition, he has served as lead trial counsel in cases arising from alleged asbestos exposure from automotive products, and has represented industrial and manufacturing companies in mass torts litigation resulting from exposures to workers during the manufacturing process.

Steve is also a trained civil litigation mediator under Missouri Supreme Court Rule 17 and is an approved Outside Mediator for the U.S. District Court for the Western District of Missouri.

His achievements have earned him inclusion in The Best Lawyers in America (commercial litigation).

Steve began his legal career by serving as a law clerk to the Honorable Russell G. Clark, senior judge of the U.S. District Court for the Western District of Missouri, from 1994 – 1996. Prior to joining McAfee & Taft, he was a trial lawyer and shareholder with the law firm of Turner, Reid, Duncan, Loomer & Patton, PC of Springfield, MO, for more than 20 years.

Before entering law school, Steve taught mathematics for three years in the public schools of Bolivar and Clinton, MO. 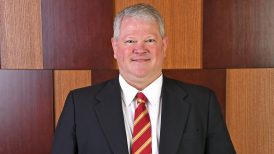 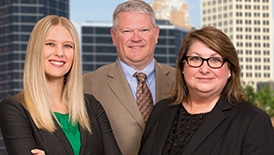