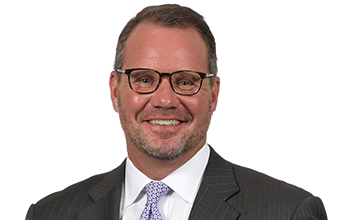 With more than 25 years of collective experience as a lawyer, elected government official, public servant, and business owner, Todd Lamb brings exceptional insight and understanding of the business concerns of the public, private, nonprofit and civic sectors to his role as a corporate attorney with McAfee & Taft and serves as valued business counsel to clients engaged in a broad range of industries and sectors, including aerospace, agriculture, education, energy, government, manufacturing, security and cybersecurity, telecommunications, and transportation.

Todd possesses a unique understanding of the nuances of state and federal government operations, having previously served as lieutenant governor of the State of Oklahoma from 2011 – 2019, as a state senator from 2005 – 2011, as an agriculture field representative to former U.S. Senator Don Nickles, and as an assistant to former Oklahoma Governor Frank Keating.

Todd earned a reputation as one of the state’s most policy-oriented lieutenant governors.  He was engaged in workers’ compensation legislation, school security, and international economic development.  Todd led a multi-state delegation to Taiwan and was the first state leader to visit the United Kingdom during BREXIT.  While there, he was a guest of several members of parliament.  During his UK visit in 2018, Todd gave multiple speeches centered on international trade.  One of his last official acts as lieutenant governor was to sign a memorandum of understanding of trade between Oklahoma and the United Kingdom.  Members of parliament traveled to Oklahoma for the ceremony.

Todd’s broad-based experience includes working with Oklahoma’s Native American tribes in multiple capacities.  He served as a keynote speaker for the 2016 Sovereign Symposium, as an ex officio advisor for the Native American Cultural and Educational Authority, and as a member of the Red Earth Advisory Board.

In his current role, Todd devotes a significant portion of his practice to consulting on government relations issues, representing clients in administrative proceedings, and helping clients navigate the government contract procurement process.  His work in this area includes counseling clients on ethical issues, responding to bid solicitations, negotiating and drafting contracts, and ensuring compliance with federal, state and local requirements.  When litigation involving a government contract arises, he works with the firm’s trial lawyers to resolve all forms of claims and disputes, including those involving bid protests, qui tam actions, allegations of contractual or regulatory noncompliance, and audits and investigations.

Prior to joining McAfee & Taft in 2021, Todd served as co-owner and legal officer with TriCorps Government Security, an integrated security firm specializing in providing physical, electronic, and cybersecurity services.  TriCorps Government served clients from Washington, D.C. to San Francisco.  As a member of the firm’s Data Privacy and Cybersecurity Group, he leverages that experience to assist clients in identifying and assessing their potential risks and strategic needs in collecting, storing, using and securing their data, as well as to responding to data breaches, litigation, and investigations.

In today’s ever-changing world of NCAA rules and regulations, Todd’s experience as a college athlete is helpful to students and their families as they navigate the complexities of name, image and likeness (NIL) financial opportunities. Todd played college football at Louisiana Tech University and Oklahoma State University.  His son and daughter have both experienced the college athletic recruitment process.  As a former player and parent, Todd’s advice and counsel to clients is unique and tailored.

Todd’s prior career experience includes serving as a special agent with the U.S. Secret Service.  During his U.S. Secret Service career, he protected two presidents, made numerous arrests, and worked with multiple United States Attorney Offices in trial preparation.  Todd also conducted counter-terrorism investigations and was assigned to portions of the 9-11 investigation.

Todd has also worked as a business attorney in private practice as well as in-house counsel for a telecommunications firm, petroleum land management company, and an integrated security corporation.  He has also served as a college professor at Oklahoma Christian University.  He currently serves as co-host of KFOR-TV’s Flash Point, the longest-running state political TV show in the country. 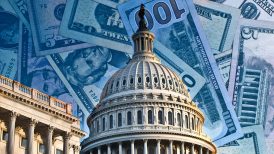 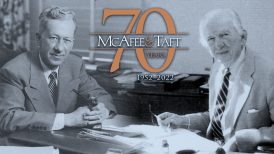 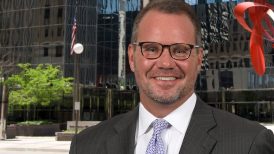