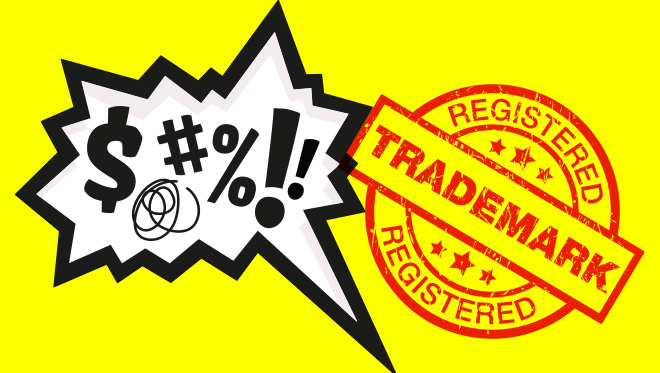 Last July, in an article titled “Free speech legal battle changes law on disparaging trademarks,” we reported that the U.S. Supreme Court ruled in Matal v. Tam that the Lanham Act’s prohibition of disparaging marks was an unconstitutional violation of the First Amendment’s free speech provision.

Since then, in December 2017, the U.S. Court of Appeals for the Federal Circuit (CAFC) has ruled that the provisions of Section 2(a) of the Lanham Act that ban “scandalous and immoral” trademarks are also a restriction of free speech, and therefore unconstitutional. The applicant in In Re Brunetti tried to register the trademark “FUCT” for clothing and apparel, but was refused registration under Section 2(a) of the Lanham Act, which prohibits the Trademark Office from granting registration to trademarks that contain (or are) profanities, vulgarities, or sexually explicit content.

The Department of Justice (DOJ), representing the Trademark Office in Brunetti, argued that the government’s interest in denying registrations under Section 2(a) is to prohibit sexually explicit, obscene, or lewd marks from being registered. However, the U.S. Supreme Court’s earlier decision in Tam made it clear that “speech may not be banned on the ground that it expresses ideas that offend.”

Where the Tam decision allowed for disparaging trademarks to obtain a federal trademark registration, the CAFC’s Brunetti decision is important because, if upheld, it would mean that the Trademark Office could not deny registrations for scandalous and immoral (and potentially other uncouth) trademarks.

Last month, the DOJ asked for a full court review of the Brunetti decision. The DOJ has a formidable task ahead of convincing the CAFC to review or reverse its earlier decision.

For now, the Trademark Office has continued to suspend examination of trademark applications that are allegedly deemed to be scandalous or immoral.

Regardless of the ultimate outcome of Brunetti, if the goal is to prevent obscene trademarks from obtaining a federal registration, it’s up to Congress to amend Section 2(a) to disallow obscene marks.