McAfee & Taft banking attorneys Bruce Crum and Barrett Ellis were interviewed by The Journal Record about the recent uptick in acquisitions of Texas-based banks by Oklahoma-chartered financial institutions.  Within the last 12 months, more than 63% of the assets involved in Oklahoma bank acquisitions came from Texas.

Notable among those transactions were acquisitions by McAfee & Taft clients InterBank and United Bank in Durant.  InterBank, a unit of Texas-based holding company Olney Bancshares Inc., has consolidated under one charter in Oklahoma, according to Crum.  United Bank’s recent acquisitions include Norman-based First American Bank as well as branches in the Dallas-Fort Worth metroplex.

According to Ellis, converting to an Oklahoma charter has been important to the firm’s community bank clients.  He explained that while banking regulations are generally the same whether a bank is chartered under the state Banking Department or at the federal levels, there are differences in customer service, assessment fees, and the personalities of examiners at the community bank level.  He credits Commissioner Mick Thompson for maintaining a well-trained staff that understands community banking.

“People matter,” said Ellis. “And the people who show up in your office if you’re chartered here are going to be Oklahomans.  When we see charter conversions, it’s less a matter of regulations and more about the regulators they want to talk to.” 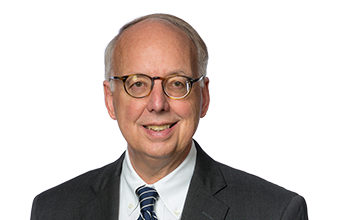