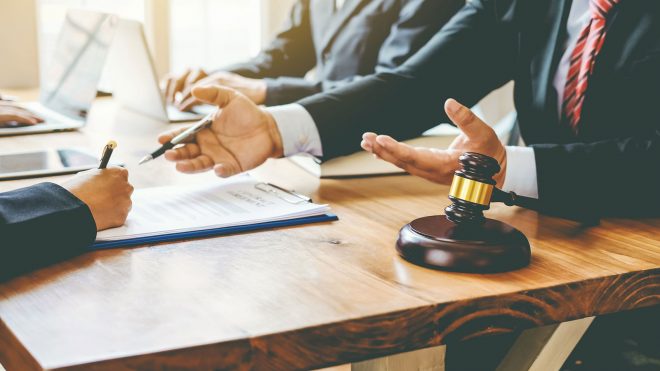 When acquiring a business, companies sometimes unwittingly buy an employment lawsuit. Recently, the 10th Circuit – the federal appeals court that applies to Oklahoma employers – explained when a successor business can be held liable for discriminatory acts committed by its predecessor.

In 2009 Larry Whitten bought the Paragon Hotel in Taos, New Mexico, and renamed it the Whitten Inn. The hotel was staffed by many longtime Hispanic employees, whom Whitten treated horribly. Whitten announced that employees were not allowed to speak Spanish in his presence, and he consistently treated white employees more favorable than their Hispanic co-workers. Whitten’s offensive racial and ethnic comments were commonplace, including:

When employees complained of mistreatment, Whitten fired them.

The hotel sells, and the EEOC lawsuit advances

Unsurprisingly, former hotel workers filed charges of discrimination against Whitten’s company with the Equal Employment Opportunity Commission. In July 2013, the EEOC informed Whitten that during its investigation the agency had found reasonable cause to believe that the Whitten Inn had discriminated and retaliated against its Hispanic employees.

In May 2014, Jai Hanuman, LLC (Jai) purchased the hotel from Whitten’s company and renamed it the El Camino Lodge.

In September 2014, the EEOC sued Whitten’s company for employment discrimination based on race, color and national origin. The lawsuit accused Whitten’s company of subjecting employees to a hostile work environment and firing workers after they complained about discrimination. In December 2014, the EEOC added Jai as a second defendant to the lawsuit.

In September 2016, Jai sold the hotel to SGI, LLC. In December 2016, the EEOC added SGI as a third defendant to the lawsuit.

Arguing that they should not be liable for Whitten’s misdeeds before they owned the hotel, Jai and SGI asked the court to dismiss them from the EEOC’s lawsuit.

Liability for an earlier employer’s misconduct

Deciding whether successor employer liability is appropriate should be decided on a case-by-case basis and is fact-intensive. The Whitten court explained under what circumstances a successor employer could be held liable for the discriminatory acts of its predecessor.

First, was there a continuity of operations after the successor had taken over? Did the successor continue the same business using the same facility, workforce and equipment?

Second, is the predecessor able to provide the relief sought by the plaintiffs in the discrimination lawsuit?

Finally, did the successor company have actual or constructive knowledge of the claims against the prior employer? Here, the court focused on this third consideration.

When SGI purchased the hotel, the EEOC’s lawsuit on behalf of the former Whitten employees had been pending for two years. The purchase contract afforded SGI a 30-day due diligence period to investigate any potential liabilities of the business. SGI’s president acknowledged that they did not conduct a thorough review of the business, and if SGI had done so, it would have discovered the pending EEOC lawsuit thru the due diligence process. While it dismissed Jai from the case, the court determined SGI would remain as a defendant. The court found a reasonable party in SGI’s position would have discovered the lawsuit at the time of purchase, and that this constituted sufficient constructive notice of the discrimination claims to hold SGI potentially liable as a successor employer of the Taos hotel.

What does this mean to business buyers?

To limit the possibility of successor employer liability for discrimination claims, consider a number of measures: