Can an employer terminate an employee for conduct caused by a disability? 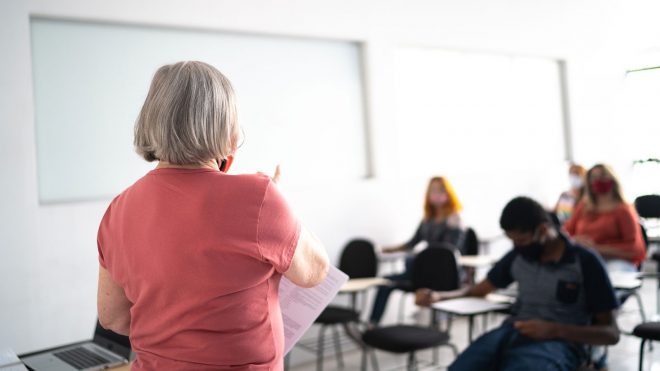 Employees who exhibit what appear to be mental issues while in the workplace or performing their job duties present some of the most difficult situations for employers. An employee with a mental or emotional issue may have a disability which the employer may be required to reasonably accommodate under the Americans with Disabilities Act. Such an employee also may, at times at least, be unable to satisfactorily perform the employee’s job duties. Determining what rights such an employee has, and what obligations an employer has under the ADA, can be very challenging.

A recent case addressed the distinction between “disability-related conduct” that an employer may not use a basis for an adverse employment action, and “conduct that occurs as a result of a disability” which disqualifies the employee from his or her job. In Lockhart v. Marietta City Schools, a recent Sixth Circuit case, a middle school teacher was terminated after the school district concluded her mental condition prevented her from satisfactorily performing her job within the requirements of the district’s policies.

The teacher, after what she described as a “deeply religious event” in which she lost consciousness and believed she was lifted up and carried 8-10 feet away by a supernatural power, began to repeatedly talk to students about her experience both in person and via social media. In describing her experience, the teacher said, “God had entered (her) body,” that she had seen visions, and that the experience had healed her chronic back pain. When she was directed to cease these conversations, the teacher said that she was unable to control what she said and that she had to keep speaking about her experience to prevent her back pain from returning. The teacher also made comments about the school being in the national news in the near future, which prompted the local sheriff’s office to visit her home for a wellness check due to a recent school shooting that had been in the news.

The district had a fitness-for-duty evaluation performed on the teacher, in which the physician found the teacher incapable of performing the essential functions of her position within the policies of the school district. The teacher herself obtained another evaluation from a doctor she selected, and her physician diagnosed her as having an unspecified disorder of personality and behavior, as well as a psychotic disorder.

The teacher sued for disability discrimination under the ADA and state law. The court noted that an employer must “tolerate eccentric or unusual conduct caused by the employee’s mental disability, so long as the employee can satisfactorily perform essential functions of the job.” The court stated an employer may not terminate an employee “for disability-related conduct that is not related to work performance and does not violate some work-place or societal rule.” However, the court also stated that “an employer may legitimately fire an employee for conduct, even conduct that occurs as a result of a disability, if that conduct disqualifies the employee from his or her job.”

Applying these principles, the court found the district’s policy prohibiting teachers from sharing their religious beliefs with public school students was job-related and consistent with the obligations of public education. Therefore, although the court noted the teacher’s behavior in sharing her views about her “religious experience” was conduct related to her disability, it ultimately found this conduct constituted a legitimate and non-discriminatory reason for terminating her employment.

The court also addressed the teacher’s companion claim that the district had failed to accommodate her disability. The court noted guidelines from the Equal Employment Opportunity Commission provide that “an employer must make reasonable accommodation to enable an otherwise qualified individual with a disability to meet … the employer’s conduct standards in the future.” The court, however, stated that since this guidance is about prospective accommodation to permit the employee to perform the job, an employer “is not required to excuse past misconduct.” The court added that once the teacher engaged in misconduct warranting termination, the district was within its right to proceed with disciplinary action, rather than ignoring the misconduct and offering accommodations for the teacher to remain employed.

This case offers several lessons for employers in dealing with behavior of an employee who is exhibiting what may be mental or emotional issues. First, an employer should consider whether the behavior is merely eccentric, rather than indicative of a job performance issue. Second, consider whether the employee’s conduct is work-related such that an employer has an operational or business reason to address the behavior. Third, if the employee’s conduct is work-related, look at whether the behavior violates significant policies of the employer. If so, the employer may impose disciplinary action even if the conduct is caused by the mental or emotional issue. Fourth, a fitness-for-duty evaluation may provide a medical determination that the employee is incapable of performing the job duties, in which case the employer could conclude that the employee is disqualified from the position and thus terminate employment.