Care for parent leads to firing 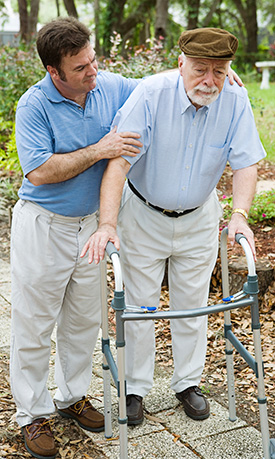 The employee worked as a sales consultant for Hartford Insurance Company. He held an exempt position and was regularly scheduled to work from 9am to 6pm with a one-hour lunch period from 1pm to 2pm. As an exempt employee, the company’s tardiness policy did not apply to him. After his father suffered a debilitating stroke, the employee assisted in the care of his father and periodically was unable to be at work by 9am.

The employer wrote up the employee for being late, despite the fact that its tardiness policy did not apply to exempt employees. When the employee requested flex time hours under the flex time policy, his requests were denied.

On one particular day, the employee was approved to take four hours of personal time to care for his father. The employee arrived at work at 1:26 p.m. – 26 minutes late, but during the employee’s one-hour lunch period. The company considered the employee to have been late and terminated his employment.

The employee sued for associational discrimination, claiming that the employer discriminated against him in violation of the ADA because of the known disability of his father. The court recognized that the ADA specifically prohibits employers from taking adverse employment actions “because of the known disability of an individual with whom the qualified individual is known to have a relationship or association.”

The court expanded on the fourth element, recognizing that “distraction” could be one type of situation covered by the ADA’s association provision. The distraction theory can apply when “the employee is somewhat inattentive at work because his [relative] has a disability that requires his attention, yet not so inattentive that to perform to his employer’s satisfaction he would need an accommodation.” The court also noted that the Equal Employment Opportunity Commission’s ADA guidelines provide that “an employer may not make decisions based on the ‘belie[f] that the [employee] would have to miss work’ in order to take care of a disabled person.”

Missing from the employer’s defense

Notwithstanding the evidence missing from the employer’s defense, this case illustrates the evolving nature of employment law and the need to consider how an employer’s actions may appear in a court of law.