Change in job duties may necessitate change in ADA accommodation 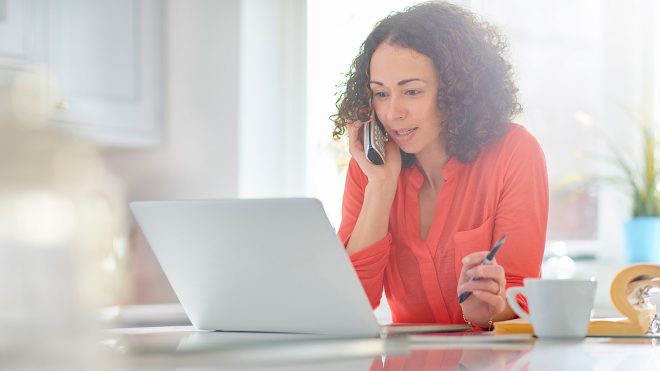 It was a close call, but a court recently denied an employee’s Americans with Disabilities Act claim that her employer had improperly refused a request to continue working from home as an accommodation.  With the growth of remote working arrangements, this lawsuit against American Airlines provides insights on how employers should address their own “work-from-home” requests by employees.

A change in duties

Kimberly Bilinsky began working for American Airlines in 1991.  In 2007 she worked as a communication specialist in the Flight Service Department.  In the late 1990’s Bilinsky was diagnosed with multiple sclerosis.   Medical records established excessive heat exacerbated her MS symptoms, so American accommodated her disability by allowing her to work from home in Chicago, even though her colleagues worked at the company’s Dallas headquarters.

After a 2013 merger with US Airways, American “unofficially” restructured the duties of the communication specialist position to require an in-office presence. American claimed the job changed from one where an individual would publish articles, maintain a webpage, and prepare remarks for weekly video announcements to one where consistent physical presence was an essential function of the job.  The job functions changed for everyone in the department from primarily written work to in-person events and crisis management functions.  As a result, Bilinsky was no longer able to work remotely while maintaining her current position.

After rescinding Bilinsky’s work-from-home arrangement, AA then tried to find a new accommodation for her.  They offered to relocate her to Dallas, but she declined.  They also attempted to find other positions, but she was either not qualified or not interested in those positions. Her employment was terminated May 1, 2015, and she filed suit alleging failure to accommodate.

Although the employer won in this case, it was a close call.  Bilinsky had performed successfully for many years and had never received a critical review.  Additionally, although AA decided after the 2013 merger that employees in this group needed to relocate to Dallas, Bilinsky was permitted to continue to live in Chicago and work the same as before the merger for well over a year.

Everything changed in February of 2015 when the department helped produce the American Airlines Leadership Conference in Dallas. Her supervisor stated Bilinsky was always willing to help; however, she could not support an event in Dallas when she was in Chicago.

When this happens to you

Even though American Airlines won this case, employers can learn a lot about what not to do: