On Nov. 30, 2009, in Arrington v. Kruger,[1] the Oklahoma Court of Civil Appeals issued an opinion which, on its face, vigorously supports the use of single member limited liability companies (LLCs) for asset protection due to Oklahoma’s restrictive charging order statute.[2] The Arrington opinion is so clear and debtor friendly, it will be exceedingly tempting to take and apply the court’s analysis out of context. Estate planning counsel should exercise caution, however, before embracing Arrington as the answer to asset protection.[3]

The Arrington case arose out of a state receivership proceeding.[4] Kent Arrington, as trustee of the Paceco Financial Services Inc. Trust, had obtained a trial court judgment against Paul A. Kruger for $2.2 million. In his pursuit to collect the judgment against Kruger, Arrington obtained a charging order against Kruger’s 100 percent interest in four Oklahoma LLCs. The charging order against the LLCs did not yield a recovery, so Arrington sought the imposition of a receivership over the LLCs, asking to “step into Kruger’s shoes” and take title to the LLCs. The trial court granted Arrington’s request, appointing a receiver to take control and operate the LLCs. Kruger appealed, resulting in the debtor friendly opinion.

The Arrington court, relying on well-established rules of statutory construction, found that Oklahoma’s charging order statute, 18 O.S. Supp. 2008 §2034, was absolute and clear. According to the court, Section 2034 limits the “sole and exclusive” remedy of an LLC member’s judgment creditor to a charging order; therefore, the trial court erred in appointing a receiver over the four single member LLCs.

In reaching its decision, the court distinguished In re Albright [5] in which a federal bankruptcy court held that a debtor’s entire membership interest in a wholly owned LLC passed to the bankruptcy estate, causing the trustee to become a “substituted member,” and allowing the trustee to take over management of the LLC. According to the Arrington court, Albright relied on a Colorado charging order statute [6] which did not specify that a charging order was the “sole and exclusive” remedy of a member’s judgment creditor. Because Oklahoma’s charging order statute, Section 2034, differed from Colorado’s, the court in Arrington reasoned that Albright did not apply.

While the court’s analysis of Albright may be correct in the context of an Oklahoma receivership proceeding, any implication that Albright would have been decided differently had Oklahoma law applied instead of Colorado law is questionable at best. The difference between a state receivership proceeding and a federal bankruptcy proceeding is material, posing an uncomfortable reality for estate planning counsel.

In the federal bankruptcy case of Movitz v. Fiesta Investments LLC,[7] referred to as “In re Ehmann,” the bankruptcy trustee claimed he had acquired the status of a substitute LLC member by virtue of the debtor’s bankruptcy filing. Despite an Arizona charging order statute which specifically limited a creditor’s remedy to a charging order, the Ehmann court held that the trustee had all of the rights and powers regarding the LLC that the debtor held at the commencement of the case. According to the court, the LLC operating agreement was not executory within the meaning of Bankruptcy Code Section 365(e)(2),[8] therefore the LLC member had no binding unfulfilled obligation to the LLC, Bankruptcy Code Section 541(c)(1)[9] controlled, and the trustee stepped into the shoes of the debtor LLC member.

Arrington may be correctly decided in the context of an Oklahoma receivership proceeding. To distinguish Arrington from Albright on the basis of state law, however, is half the story. Arrington is an Oklahoma receivership case, while Albright is a federal bankruptcy case. There are other cases, including Ehmann and Baldwin which suggest that a trustee in bankruptcy would not be limited to a charging order over a debtor’s membership interest in an Oklahoma single member LLC. On the contrary, it is very possible, if not likely, that in a federal bankruptcy setting a bankruptcy trustee would step into the debtor’s shoes. In other words, the trustee would own the LLC membership interest and the charging order protection would be illusory.[12] 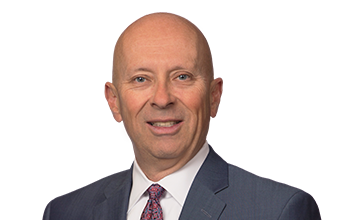