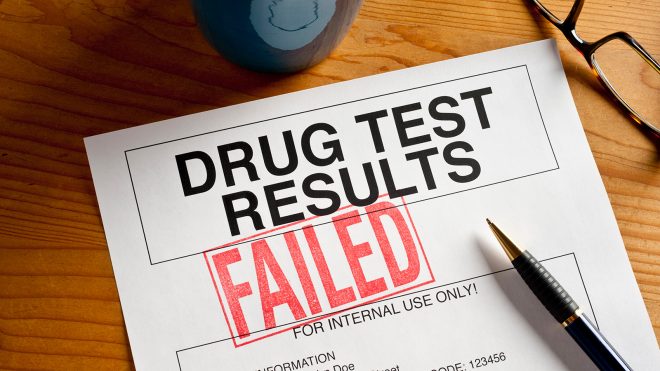 An Oklahoma refinery employee who was terminated after testing positive for amphetamines tried to get his job back by claiming that over-the-counter medication led to a false test result. He also argued the employer’s testing process and the information obtained during the process violated federal disability laws. His arguments didn’t work.

Richard Turner worked at Phillips 66’s Ponca City refinery as a crane operator. Phillip 66’s Substance Abuse Policy provided for random and post-accident drug testing. Cynergy, P.A. administered the drug testing process and acted as the employer’s medical review officer (MRO). Under Phillips 66’s policy, termination was mandatory for any employee with a positive drug test result. If an employee tested positive, the policy required a Cynergy MRO to contact the employee to see if the employee wanted to discuss the drug test results.

The employee’s positive test and explanation

On April 24, 2017, Turner was selected for a random drug test, and he provided a urine sample to the lab. Three days later, following a workplace accident, Turner was asked to supply another urine sample. Turner’s April 24th sample tested positive for amphetamines. Turner had not been prescribed amphetamines, and Turner’s doctor provided a letter to the employer explaining he was taking over-the-counter medications, including Sudafed, for unidentified medical conditions.

Based on the positive test results for the April 24th sample, Phillips 66 terminated Turner’s employment. Under the employer’s policy, Turner appealed his termination and sought another drug test. Turner provided a hair sample to an independent lab, and the results of that test were negative. In the meantime, the urine sample he provided for the subsequent, post-accident test also tested negative.

Turner’s April 24th sample was retested by a different laboratory, and it tested positive for amphetamines for a second time. When the MRO contacted him to report the positive retest results from his original sample, Turner described to the MRO the prescription medication that he, his wife, and his child were taking because “they were trying to figure out what was going on.”

Phillips 66 denied Turner’s appeal of his termination. After filing a discrimination charge with the Equal Employment Opportunity Commission, Turner filed a lawsuit in Tulsa’s federal court arguing that Phillips 66’s drug testing was illegal and its termination of him violated the Americans with Disabilities Act (ADA). Turner’s complaints focused on the testing process and the discussions with Phillips 66’s MRO about his prescription medications. The court found in favor of the employer and dismissed Turner’s ADA claims.

When it involves current employees, the ADA limits the circumstances when an employer may require a medical examination or make inquiries about an employee’s medical conditions or disabilities. Such examinations or inquiries regarding existing employees may only be made when they are job-related and consistent with business necessities. However, the ADA does not treat an employer’s test to determine the illegal use of drugs as a medical examination. 42 U.S.C. sec. 12114(d)(1); 29 C.F.R. sec. 1630.16(c)(1).

Turner contended that his positive test resulted from him taking over-the-counter “amphetamine-related medication,” which had been recommended by his doctor. Turner argued the test and its positive result was not for the “illegal use of drugs,” so Phillips 66’s drug test went beyond what was permitted under the ADA for current employees. Rejecting this argument, the court noted that drug tests that report a false positive result do not, by virtue of an allegedly incorrect finding, become a medical exam prohibited by the ADA. Likewise, the fact that a drug testing process also reveals an employee’s use of legal drugs does not violate the ADA.

Next, the court rejected his claim that the MRO violated the ADA when they discussed his and his family’s prescriptions. After the second positive test, Turner had given the MRO a list of the medications taken by him and his family. The EEOC has approved employers asking employees or applicants about their lawful drug use or other possible explanations for positive test results.

Why the termination stuck

Several factors supported Phillips 66’s termination of Turner. First, the employer had in place a substance testing policy that complied with Oklahoma law and the ADA. Phillips 66 used an experienced and licensed lab and MRO to conduct its drug testing process. As provided under the policy, when Turner’s April 24th urine sample tested positive, Turner was given the chance to discuss with the MRO why the results could be in error. Further, the employer went the extra mile by having the April 24th sample retested by a different laboratory. Ultimately, Turner exercised his right to appeal his employment termination. Phillips 66’s actions and its MRO’s discussions with Turner under the policy were lawful and appropriate under the ADA.