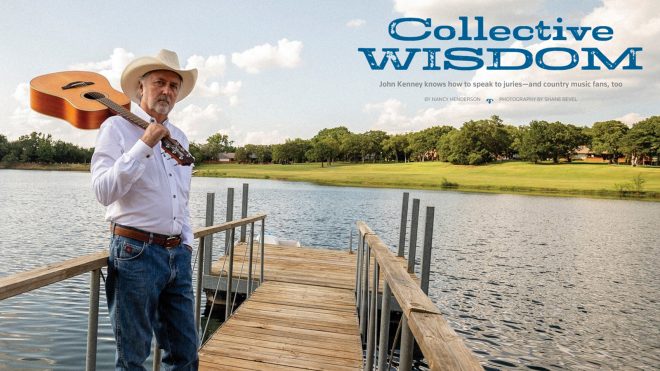 In the cover story for the 2018 edition of Oklahoma Super Lawyers, writer Nancy Henderson profiled the career of veteran trial lawyer John Kenney and the interesting twists and turns it’s taken — from his first court case as a young lawyer successfully defending a client on a traffic violation to being perennially named to the publication’s list of Top 10 Oklahoma lawyers.  And along the way, he’s taken on the additional roles of inventor and songwriter.  He currently holds nine patents for his inventions, has written songs for two albums, and is currently writing a collection of children’s songs based on the Bible.

The online version of Super Lawyers also featured a video on what inspired Kenney to start writing songs, as well as the parallels he sees between songwriting and his trial practice. Below is the video produced by McAfee & Taft for the Super Lawyers feature.