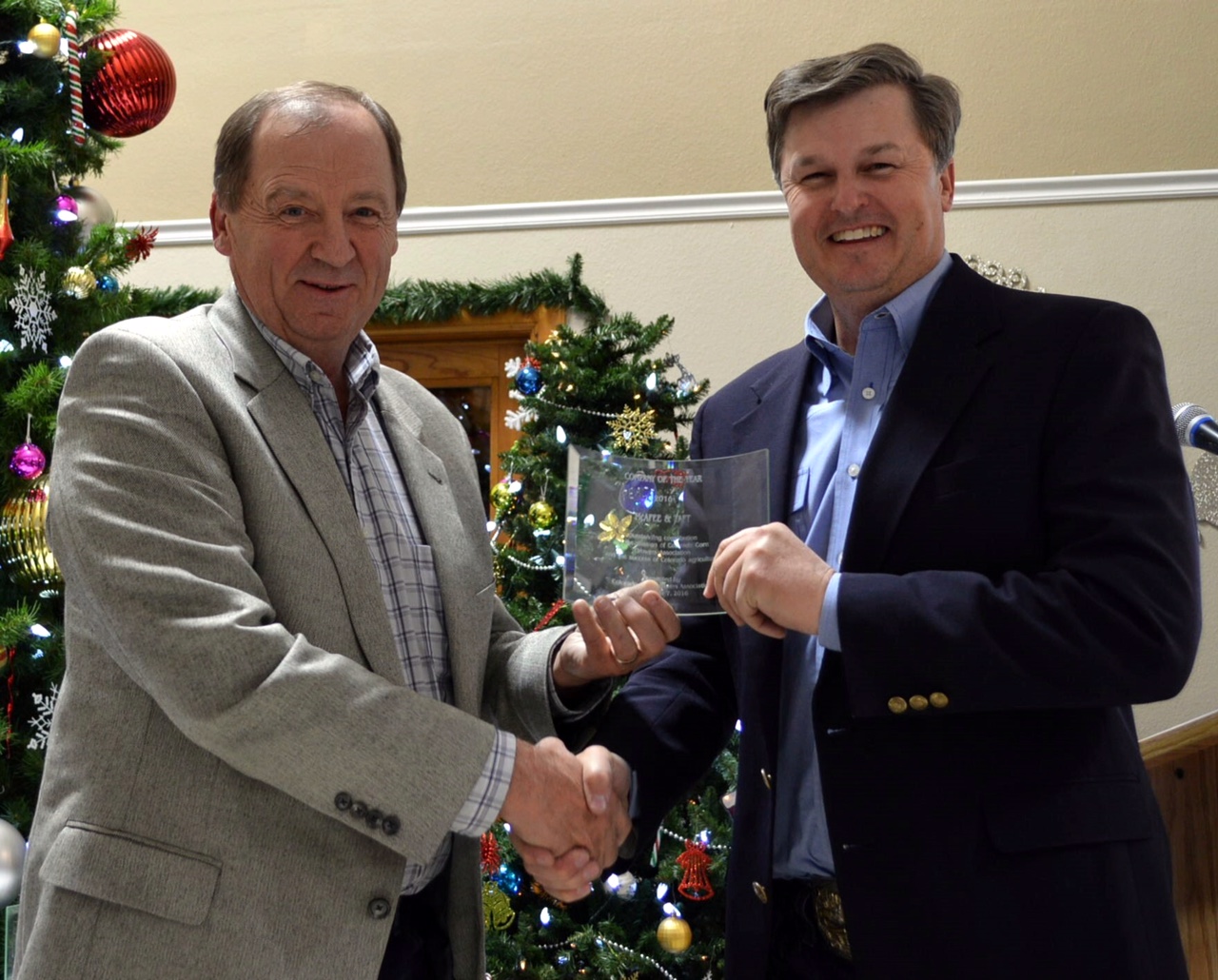 McAfee & Taft was named “Company of the Year” by the Colorado Corn Growers Association for its outstanding contributions to both the mission of the organization and the success of Colorado agriculture at the CCGA 2016 annual banquet in Yuma, CO, on December 7, 2016.

Accepting the award on behalf of the firm was Jeff Todd, co-chair of the firm’s Agriculture and Equine Group and one of the nation’s leading lawyers in the highly specialized field of federal crop insurance disputes.

In 2016 alone, Todd and his partner Jeremiah Buettner successfully represented dozens of agricultural producers in Colorado in obtaining millions of dollars in indemnity payments following a legal challenge as to how historical production yields were calculated under the Farm Service Agency’s new county-based Agriculture Risk Coverage County Option program. The ARC-CO program was created as part of the 2014 Farm Bill.

“CCGA took great pride in its efforts this past year that successfully helped address the county yield accuracy issues that impacted many farmers’ eligibility and payments under the Agriculture Risk Coverage County Option (ARC-CO) Program,” said the CCGA. “However, much of the applause is owed to Jeff Todd with McAfee and Taft, an attorney who has a reputation for assisting producers facing challenges similar to the recent ARC-CO issue.”

“Not long after McAfee and Taft came on board to help farmers impacted by these questionable county yields, the Farm Service Agency distributed updated ARC-CO program payments to farmers in Adams, Baca, Bent, Cheyenne and Kit Carson counties. If not addressed, this could have had a big impact on farmers’ bottom lines, and therefore CCGA is incredibly grateful for Jeff’s legwork on this issue.”