McAfee & Taft, the state’s largest law firm, has announced that Dr. Robert E. Spoo, an academic scholar and one of the nation’s leading authorities on copyright law, has joined the firm’s Intellectual Property Group. Over the course of his career, he has advised a myriad of creators, users and distributors of intellectual property – from individual artists and museums to governmental entities and courts – on matters related to copyright clearance, copyright use and misuse, fair use, works in the public domain, infringement, digital piracy, licensing, and litigation.

A prolific author and speaker, Spoo has lectured at universities and conferences across the United States, Canada, Ireland and England, and his writings have appeared in books, law journals, legal treatises, governmental reports and humanities journals. His most recent book, “Without Copyrights: Piracy, Publishing, and the Public Domain,” published by Oxford University Press, tells the story of the evolution of American copyright law and how it was shaped by authors, publishers and literary pirates. His forthcoming book, “Modernism and the Law,” is scheduled for release later this year.

Spoo’s achievements have earned him inclusion in The Best Lawyers in America and recognition by the publication as “Tulsa Copyright Lawyer of the Year” for 2018. The Wisconsin native is also a 2016 recipient of the prestigious Guggenheim Fellowship awarded by the John Simon Guggenheim Memorial Foundation.

In addition to his private practice, Spoo currently serves as the Chapman Distinguished Professor of Law at the University of Tulsa College of Law. His career experience also includes serving as a law clerk to The Honorable Sonia Sotomayor, at that time a judge on the U.S. Court of Appeals for the Second Circuit, as an attorney in private practice in New York City and San Francisco, and as a tenured English professor at the University of Tulsa.

With more than 170 attorneys and offices in Tulsa and Oklahoma City, McAfee & Taft is one of the nation’s 250 largest law firms as ranked by the National Law Journal. 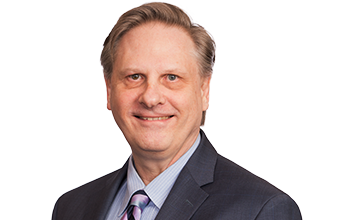