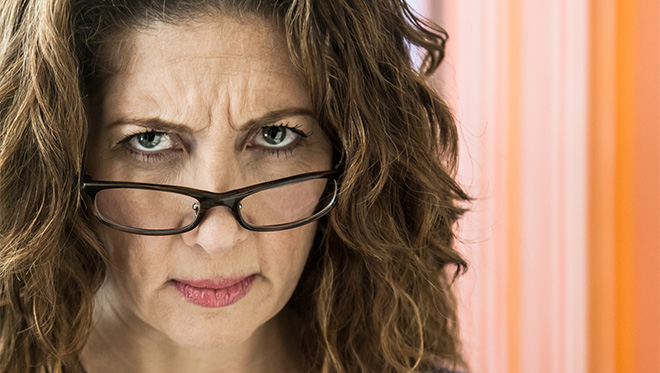 There is a needed focus on mental health issues these days. We see it on social media as well as in the news. And, as a nation, we are hopefully moving to a place were individuals can get the help they need without any stigma attached. This is true in the employment context as well. Even though many employers offer benefits such as employee assistant programs (EAPs) that allow employees to access mental health services, mental health is still a difficult issue to address. It becomes even more difficult in the workplace. This is particularly true when there are complaints about an employee’s behavior or performance that suggest a potential mental health issue, but an employee either does not believe they need treatment or refuses to get it. Employers walk a fine line between violating the American with Disabilities Act (ADA) and protecting their workforce and the public. A federal appeals court, however, recently gave helpful guidance to employers on how to deal with that situation.

Deanna Painter worked as an office administrator for the Illinois Department of Transportation (IDOT). For several years, co-workers complained about her unusual behavior. For instance, Painter would keep a detailed log of her co-workers’ comments and actions throughout the workday, almost on an hourly basis. She also made a bizarre statement to a union representative that he took as a threat. As a result, IDOT required her to have five medical mental health examinations over the course of her employment.

Early evaluations were either inconclusive or declared Painter fit for duty even though the doctor expressed concerns that she might have a personality disorder. Each time after she was put back to work, her unusual behavior continued. In fact, two months after she returned to work from administrative leave, her co-workers made written complaints to her supervisor, stating that they feared Painter would “go postal” or “blow up at any time.” Her supervisor documented her disruptive behavior, and Painter was placed on paid administrative leave again and required to undergo her fifth mental health evaluation. This time, the psychiatrist determined that Painter was unfit for duty because of disruptive behavior resulting from paranoia.

Painter sued IDOT, arguing that the medical evaluations were unnecessary and illegal under the ADA. The employer disagreed and contended the evaluations were job-related and consistent with business necessity. The trial and appeals courts both agreed that IDOT had acted properly in requiring Painter to undergo another psychiatric evaluation and found in favor of the employer.

The ADA requirements and the court’s reasoning

The ADA does not allow employers to require medical examinations – either physical or mental – of current employees unless the examination is job-related and consistent with business necessity. The Equal Employment Opportunity Commission (EEOC) has issued guidance on complying with this limitation. According to the EEOC, an evaluation is proper if the employer has a reasonable belief based on objective evidence that a medical condition will impair an employee’s ability to perform essential job functions or that the employee will pose a threat due to their medical condition. Courts have ruled that this means employers may not require medical evaluations merely to address annoying or inefficient work. Similarly, courts have routinely held that the employer must be able to provide evidence that it was reasonable for the employer to formally inquire whether the employee was still capable of performing the job or has the capacity to perform his or her job.

Fortunately, in Painter, the court agreed that the employee’s behavior justified the mental health exams. It concluded, “Inquiries—even multiple inquiries—concerning a worker’s psychiatric health may be permissible if they reflect concern for the safety of other employees and the public at large.” Significant to the court was that IDOT had more than 160 pages of supervisor notes, discipline directives, email communications, and statements from employees complaining of Painter’s behavior. Moreover, the court was persuaded that IDOT was not “shopping around” for a doctor’s opinion that it wanted. Indeed, it was important that IDOT sent her back to the same psychiatrist that declared her fit for duty after her behavior continued.

There are several lessons to be learned from Painter for employers seeking to address an employee’s potential mental health issues. The first is that an employer’s hands are not tied. Employers may act when they observe concerning behavior. Indeed, not acting when an employer believes an employee could be a risk to co-workers or the public may subject an employer to liability. Second, employers, as always, should document what they see and, if co-workers complain, to ask for written statements. Third, an employer must consider the employee’s behavior and analyze the risks it may impose. Suppose, for instance, an employee started being habitually late but is otherwise not acting unusual. While this could potentially be caused by mental health issues or many other reasons, there is no real risk to the public or co-workers. Thus, requiring a mental health evaluation may not be appropriate. In Painter, it was key that co-workers took the employee’s comments and behavior as threatening. Fourth, do not ignore ongoing situations. The court made it clear that IDOT was allowed to keep sending the employee for evaluations when her alarming behavior continued. Employers should not assume that they can ignore continued bizarre behavior or threats because an employee is previously released to work. Finally, seek counsel. When employers are dealing with the ADA, they also may deal with other complicated laws such as the Family and Medical Leave Act. Seeking legal guidance on how to walk a tight rope of compliance is critical.

New I-9 Form required May 1st

When harassment spills over into the workplace

Because they are NEVER EVER EVER getting back together…