Court to employees: ‘Speak up’ 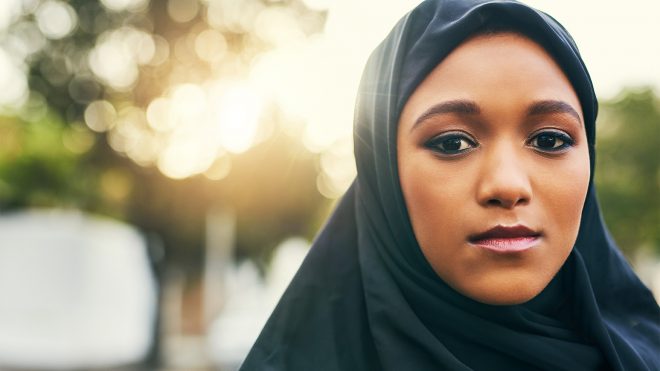 Earlier this month, the U.S. 10th Circuit Court of Appeals (whose rulings apply to all Oklahoma employers) issued a decision putting employees on notice that it expects them to speak up for their rights regarding religious accommodation. The decision comes on the heels of a settlement between the Equal Employment Opportunity Commission (EEOC) and clothing retailer Abercrombie & Fitch on similar religious accommodation claims in California.

In this case, the EEOC filed suit against the retailer after it failed to hire an applicant because she wore a black headscarf (a “hijab” ) during her interview. The retailer’s restrictive dress code—the “look policy”—prohibited employees from, among other things, wearing black clothing or head coverings. In general, the policy required employees to wear clothes like those sold at Abercrombie’s stores.

During the interview, neither the applicant nor the interviewing manager discussed her wearing of the hijab or her religious beliefs. The manager testified that she assumed the applicant is Muslim but didn’t know for sure. She believed the applicant was qualified to work at the retailer but stated she shouldn’t be hired because the wearing of a headscarf was inconsistent with the look policy.

The EEOC argued the retailer failed to accommodate the applicant’s religion by refusing to hire her and refusing to allow her to wear her hijab. The district court agreed with the EEOC and ruled in its favor. The issue of damages was submitted to the jury, which returned a $20,000 verdict.

The 10th Circuit reversed the district court’s ruling. The court held, “The applicant or employee must initially provide the employer with explicit notice of the conflicting religious practice and the need for an accommodation for it.” In ruling for the retailer, the court held that the evidence showed the applicant never informed it that she wore the hijab because of her religious beliefs. The court observed that Abercrombie didn’t know whether she wore the hijab for a religious reason as opposed to a cultural reason.

The court also noted that because some activities can be for both religious and secular purposes, it’s the applicant’s or employee’s obligation to inform the employer that she has a religious objection to a workplace rule. The court further commented that it would be inappropriate to place an obligation on the employer to inquire about the need for a religious accommodation because such a duty would cause it to unnecessarily intrude upon the employee’s religious beliefs and could further cause it to run afoul of Title VII of the Civil Rights Act of 1964’s prohibition on asking or speculating about an employee’s religious beliefs. EEOC v. Abercrombie & Fitch Stores, Inc.

You are under no obligation to provide religious accommodations until after an applicant or employee has informed you that certain conduct is required or forbidden by her religious beliefs and that those beliefs conflict with a work rule. Once you have actual knowledge of that conflict, you then—and only then—must engage in the interactive process to determine if an accommodation is possible or whether it would cause an undue hardship on your business.

A reasonable religious accommodation is any adjustment to the work environment that would allow the employee or applicant to practice her religion. Examples include flexible scheduling, job reassignments, and modification of dress codes or grooming requirements.

In determining whether a reasonable accommodation would present an undue hardship, remember that you aren’t required to accommodate an employee’s religious beliefs and practices if doing so would cause more than a minimal burden on the operations of your business. You should assess the costs of accommodation in relation to factors such as company size, operating costs, and the number of employees needing accommodations. An undue hardship may exist if the accommodation is financially burdensome, compromises workplace safety or workplace efficiency, or infringes on the rights of other employees. Absent a safety concern, dress code or grooming variations typically don’t impose an undue burden on an employer.