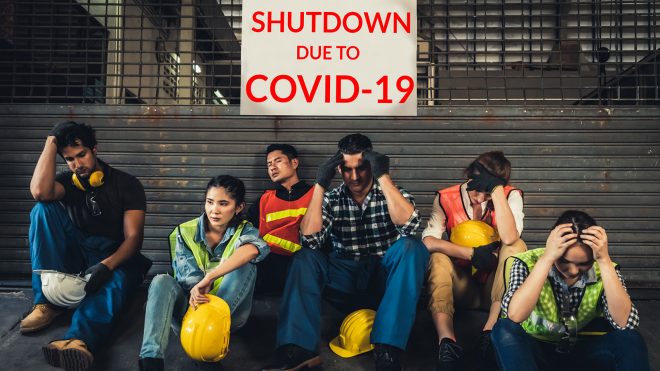 In 2020, companies nationwide claimed that the global pandemic excused them from giving notice to employees of layoffs under the Worker Adjustment and Retraining Notification Act (WARN).

WARN requires employers of a certain size to give 60-day notice to employees prior to a mass layoff or plant closing. No notice is required, however, if the mass layoff or plant closing is due to any form of a natural disaster, such as a flood, earthquake, or drought. Employers argued that the COVID-19 pandemic was a natural disaster, relieving them of WARN’s notice requirement prior to their layoffs and plant closings. Employers also argued that COVID-19 triggered WARN’s unforeseeable business circumstance exception, also relieving them of providing notice to employees about impending layoffs or closures. The unforeseeable business circumstance exception is triggered by a sudden, dramatic and unexpected action or condition outside the employer’s control.

A recent ruling by a federal district judge in Florida is the first judicial guidance for employers on whether employers may escape liability for failure to provide the required WARN notices by relying on these two exceptions. Enterprise rental car company was sued by two plaintiffs in a class action lawsuit because Enterprise did not give 60-day notice of job loss. One plaintiff was given six days’ notice of her termination; the other was given none.

Enterprise asked that the lawsuit be dismissed, claiming COVID-19 was either a natural disaster or an unforeseeable business circumstance under WARN. The court disagreed and refused to dismiss the case. As a result, Enterprise now finds itself headed toward full-blown litigation.

The court said the natural disaster exception is available only if the employer can demonstrate that its mass layoff or plant closing is a direct result of the natural disaster. According to the court, COVID-19 was tenuously connected to plaintiffs’ layoffs. The judge said COVID-19 caused global concern over the spread of the virus, leading to a global shutdown that stalled travel and economies. Because fewer people traveled, fewer people rented cars, and Enterprise experienced a dramatic downturn in business. The court said Enterprise’s dramatic downturn in business could not be considered a situation where, for example, a factory was destroyed by a massive flood. Enterprise’s situation was more akin to a factory that closes after nearby flooding depressed the local economy. He noted that the U.S. Department of Labor, in sample questions and answers, said COVID-19 may constitute an unforeseeable business circumstance, but did not mention the natural disaster defense – a “deafening silence,” according to the court. Thus, the natural disaster defense did not apply.

The judge then turned to whether COVID-19 could be considered an unforeseeable business circumstance. Even though he agreed that Enterprise’s facts showed the defense may conceivably apply, he refused to dismiss the lawsuit. Unlike the natural disaster defense, which relieves employers from giving any notice of mass layoffs or plant closings, employers claiming the unforeseeable business circumstance exception are required to give as much notice as is practicable. The judge found that the timing of when the Enterprise defendants were required to give notice was a “hotly contested” factual issue to be re-visited later in the litigation.

To date, there have been few judicial interpretations of WARN and even fewer cases that deal directly with its exceptions. Employers who are counting on one or both of the defenses to excuse their non-compliance with WARN for layoffs that have occurred during the global pandemic should expect that other courts will likely follow the Florida court’s lead. If so, employers should also expect that WARN cases will result in discovery into financial circumstances, and into whether an employer could have given more notice than it did. In other words, WARN cases will not be won with an early dismissal – they will likely go the distance.