At this point, employers have become all too familiar with the new, aggressive enforcement agenda of the Equal Employment Opportunity Commission. The agency’s systemic initiative to root out alleged discriminatory employment practices has been well-publicized, and there are no signs that those efforts will be eased anytime soon. But the increase in such investigations has resulted in many employers being exposed to what was, until recently, a fairly uncommon element of the Title VII system – the much broader powers of the EEOC to investigate alleged “patterns and practices” of employment discrimination. A recent case from Florida is instructive on just how broad those investigative powers can be. 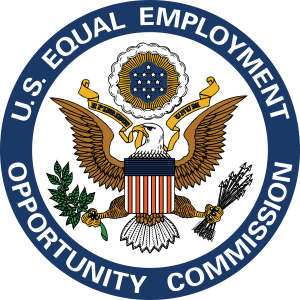 The EEOC’s case against KB Staffing, LLC started much the same way most cases begin – with a charge of discrimination filed by a single employee. The charging party in that case alleged that KB Staffing required applicants to complete a pre-employment and pre-offer health questionnaire in violation of the Americans with Disabilities Act. And, importantly, the charging party alleged that the questionnaire not only violated individual rights, but also claimed that such a policy “could affect numerous applicants.” Ultimately, KB Staffing resolved the dispute with the charging party via a private settlement agreement, resulting in the standard waiver of claims and promise by the individual to withdraw the pending discrimination charge she had filed with the EEOC.

But the EEOC was not moved. Instead, it continued to investigate the allegation, requesting — and ultimately demanding — that KB Staffing produce documents related to all current employees and all applicants from the previous three years. Not surprisingly, the company objected on a number of grounds, including (1) the waiver of claims and dismissal of the individual charge, (2) the broad nature of the demand, and (3) the fact that most “claims” that might arise from those documents would have been untimely under the statute of limitations. The EEOC and the company could not agree, so the matter fell to a federal court for resolution on an administrative subpoena.

In analyzing the dispute, the court held that, despite the employer’s arguments, the EEOC was entitled to the documents it sought. In fact, the court began its opinion by noting that its inquiry was limited only to whether or not the requested documents were “material and relevant to a lawful purpose of the agency.” Under that broad standard, the court concluded, that the EEOC could pursue its investigation despite the private resolution of the underlying individual charge.

Essentially, the relevant question was this: what is the effect of a charging party’s settlement, waiver of claims, and withdrawal of his or her underlying charge of discrimination on the EEOC’s ability to investigate a broader alleged pattern or practice of systemic discrimination? The answer, according to this court, is not much. Recalling that the EEOC has the statutory authority to vindicate the “public interest” in addition to claims of a specific individual, the court held that the EEOC is not limited by the resolution of an individual’s dispute. In fact, the EEOC’s ability to vindicate the “public interest” is wholly independent of its ability to vindicate the rights of an individual. And, even if the individual’s claim was intertwined with the EEOC’s investigative authority, the court noted that the EEOC could refuse to accept the request of a charging party to dismiss a pending charge, if it concludes that a dismissal would “defeat the purposes of Title VII or the ADA.” The result, of course, was an order compelling KB Staffing to engage in expensive document production with the likely result of a costly EEOC case down the road.

The moral of the story is this: Due to the high costs of litigation, an employer’s strategy of privately resolving employee disputes at an early stage will undoubtedly continue to be a cost-effective approach. But, where an employer action falls within the zone of practices that the EEOC finds particularly egregious or noteworthy, that private settlement may not prevent the most dangerous type of investigation or litigation — one backed by the legal machinery of the U.S. government. If executives needed a reason to prioritize strong human resources leadership and the devotion of resources to examining employment practices, this case should serve as strong support. A single complaint can form the core of the proverbial snowball, and once it starts rolling, it can be extremely difficult to stop — in fact, it might just run over you completely.