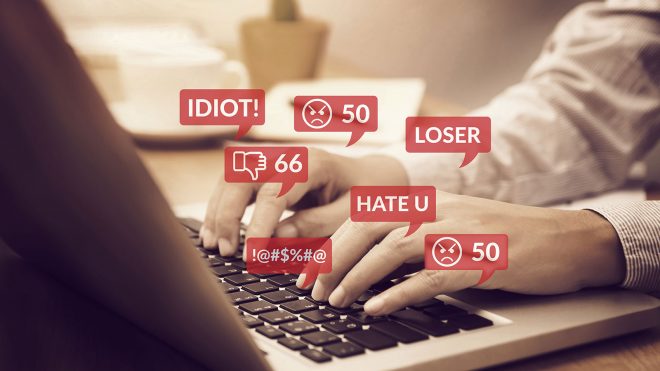 A recent jury verdict against Southwest Airlines and Transport Workers Union of America, Local 556 is an interesting study in the tension between an employer’s right to police an employee’s statements on social media and the employee’s right to make those statements. The case is Carter v. Trans. Workers Union Local 556, N.D.Tex., No. 3:17-cv-02278.

Charlene Carter, a long-term Southwest Airlines flight attendant, claimed her employment was terminated either (1) in retaliation for opting out of her union, or (2) because of her religious beliefs in violation of Title VII. Southwest claimed Carter was terminated because of a “two-year grossly offensive and terrible campaign to personally torment” Audrey Stone, former union president. Admittedly, Carter sent numerous messages to the union president’s Facebook Messenger account. These ranged from insults and name-calling to shocking images. She called Stone “morally bankrupt,” “lacking in morals,” a “criminal,” “Pure Evil,” and a “DISGRACE.” She sent Stone a picture of a t-shirt stating, “F***TARD, I VOTED BRETT NEVAREZ CAUSE HE RESPECTS ME.” Carter supported a recall campaign, posted and sent messages on social media expressing her disapproval of the union and its leadership, and accused the union of corruption.

Carter also described herself as a Christian who believes that “abortion is the taking of a human life contrary to the teachings of the Bible and the will of God.” In January 2017, Stone and other Southwest flight attendants participated in the Women’s March in Washington D.C. The union used dues and fees to pay for the union’s expenses associated with the march. This escalated Carter’s Facebook messages to Stone, which now included videos of “aborted” babies. In one message that accompanied a video of an “aborted” baby, Carter said, “This is what you supported during your Paid Leave with others at the Women’s MARCH in DC. . . . You truly are Despicable in so many ways. . . .” She sent Stone a picture of individuals wearing costumes that depicted female genitalia and accused her of supporting murder. Stone was highly disturbed by Carter’s messages and reported them to Southwest.

Southwest Airlines investigated, determined that Carter had violated its policies by sending unsolicited graphic and harassing messages to Stone, and fired her. Carter grieved her termination, and the parties eventually arbitrated the dispute. The arbitrator found that Southwest had just cause under the collective bargaining agreement to terminate Carter’s employment. Carter then sued in federal court.

Despite this, the district judge denied the summary judgment motions of Southwest and the union and found that a jury should determine (1) whether the union had breached its duty of fair representation of Carter and/or retaliated against her for her anti-union views, and (2) whether Southwest and/or the union had discriminated against Carter because of her religious beliefs and/or failed to accommodate her religious beliefs and practices.

After an eight-day jury trial, Carter won a verdict against Southwest and the union for $120,000 in lost wages, $30,000 in lost benefits, and $500,000 for past and future pain and suffering, inconvenience, mental anguish and loss of enjoyment of life. They jury ordered the union to pay $300,000 in punitive damages and ordered Southwest to pay $3,500,000 in punitive damages for Carter’s religious discrimination claim. Southwest plans to appeal the verdict.

Takeaways from the verdict

What is the lesson for employers here? I suspect that you – like me – were shocked at Carter’s behavior toward Stone, and that you thought Southwest was justified in its decision to terminate Carter’s employment.

First, the verdict is a reminder that jury trials are unpredictable. While juries work hard and often get it right, there is always a risk for an employer in a jury trial. Were the jurors somehow angered by the union or Southwest? Was the emotional content of Carter’s communications consistent with religious or political beliefs of the jurors?

Second, there is a very delicate balance between an employee’s right to exercise her opinions and an employer’s right to protect itself from the fallout of those opinions. Social media policies are good to have, but difficult to apply – particularly when off-duty conduct is involved.

Third, there was a long history of animosity between Carter and the union; she had waged a long campaign against it and against Stone. The union president’s complaint to Southwest that triggered the investigation likely muddied the facts enough that it was hard to tell whether the animosity became retaliatory.

We’ll follow this case as it heads to the Fifth Circuit Court of Appeals and provide an update when the appeal is decided.