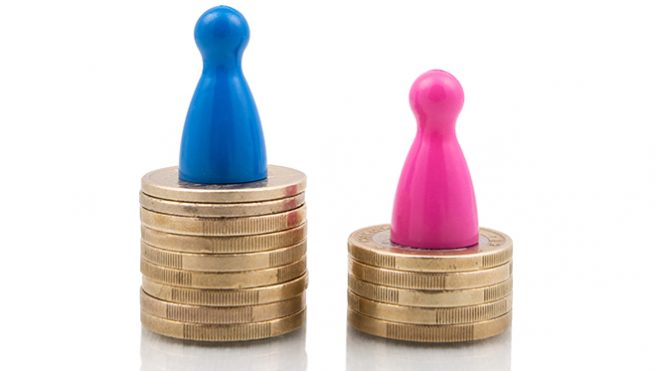 An employer can defeat an EPA claim of discriminatory compensation if it shows the difference in wages was on account of seniority, merit, quantity or quality of work, or any factor other than sex. That was the case for FNGP, an auto parts manufacturer.

Nicole Foco began her employment with FNGP as an intern while attending college to earn an engineering degree. After graduation, FNGP hired her as a test engineer. Four male engineers were hired at the same time.

After three years, Foco was promoted to application engineer, a position that serves as a technical liaison between FNGP and its customers. In contrast to application engineers, FNGP account managers hold a sales and business development position. Account managers work directly with large- scale FNGP clients and are responsible for developing multimillion-dollar accounts.

Foco claimed she was eventually promoted from application engineer to account manager. According to FNGP, although she was never promoted to the position, it did allow her to gain some experience toward becoming an account manager by permitting her to work with small inactive accounts. FNGP also allowed her to present herself to customers as an account manager for appearance purposes.

While employed at FNGP, Foco repeatedly complained about her salary. As a result of those complaints, the company awarded her significant pay raises, although other employees’ salaries were frozen. Foco also accused management of making gender-based comments toward her and treating her like an administrative assistant by requiring her to get coffee and organize birthday parties.

Further, the male account managers were responsible for developing additional business from clients and had successfully produced tens of millions of dollars in additional revenue for FNGP. They had built relationships with high-level decision makers, added customers, and had many more years of experience in the industry than Foco. Therefore, this claim also was dismissed. Foco v. FNGP, Case No. 12-2174 (6th Cir., 11/25/13).

What to look for

There are some steps you can take to protect yourself from claims of sexually discriminatory compensation under the EPA. Look for employees holding the same positions or performing the same or similar functions to see if there is a large variation in pay between male and female employees.

If you find circumstances in which female employees are performing the same or similar jobs but are being paid at a lower rate, check to see if there are nondiscriminatory reasons for the pay differential. Are the male employees more experienced or more qualified, or do they have more responsibilities? If the answer is yes, the compensation differential may be justified. If the answer is no, you may be exposed to a discriminatory compensation claim.