Does the FAA Aircraft Registry recognize a ‘mailbox rule’? 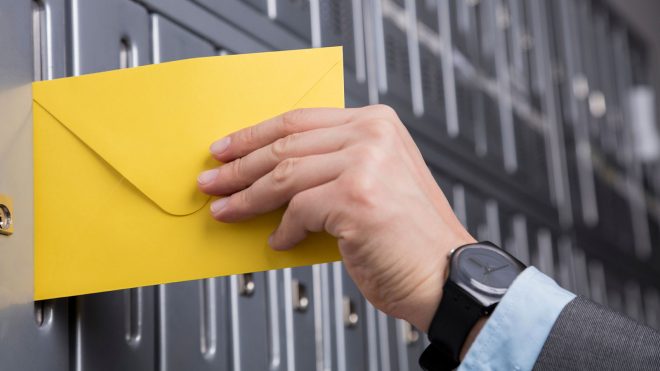 Many people are aware of the old common law concept known as the “mailbox rule,” whereby placing a document in the mail is considered under certain circumstances as tantamount to delivering or filing the document under applicable law. Unfortunately, some practitioners try to apply the mailbox rule generally to documents filed with the Federal Aviation Administration Aircraft Registry (FAA). Although it is true documents can be mailed to the FAA, 14 CFR § 49.19 confirms a conveyance (i.e., document that is recordable with the FAA) is considered filed for recordation with the FAA upon the date and at the time it is received by the FAA, not when placed in the mail. Likewise although a document may not be recorded by the FAA for days or even weeks after it has been filed/received, pursuant to 49 USC 44108, perfection relates back to the date and time of receipt by the FAA.  Thus, the FAA filing stamp placed on the document denoting the date and time the document is received is controlling for purposes of perfection under the 49 USC Section 40101, et seq., as amended.

One limited exception to the foregoing is highlighted in a 1966 opinion (“1966 Opinion”) from FAA Associate General Counsel, Regulations and Codification Division, dealing with the filing of a bill of sale and AC Form 8050-1 Aircraft Registration Application (“Application”). Under 14 CFR § 47.31(c), an applicant for registration of an aircraft last previously registered in the United States must carry the second copy of the Application from the new owner in the aircraft as temporary authority to operate the aircraft within the United States. This temporary authority is valid for a period of up to 90 days after the date of the Application pending the FAA processing the documents and issuing a new certificate of aircraft registration in the name of the new owner. Before operating under this temporary authority, the applicant must comply with 14 CFR § 47.31(a) by “submitting” to the FAA an Application, evidence of ownership, and the applicable filing fee. In the 1966 Opinion, the FAA determined that for the limited purpose of operating an aircraft on a copy of the Application, for purposes of 14 CFR § 47.31(a) submission is satisfied by depositing the documents in the mail (the “FAA Mailbox Rule”).

It should be noted the FAA did not determine the FAA Mailbox Rule applies to all documents/conveyances filed for recordation with the FAA. Simply mailing documents to the FAA by itself does not perfect rights created by the conveyances that are filed and recorded with the FAA under 49 USC 44108. The documents/conveyances must be received and recorded by the FAA, and the perfection relates back to the time of receipt by the FAA, not mailing. As such parties mailing documents to the FAA run obvious risk that other documents/conveyances may be received by, and considered filed with, the FAA before the mailed documents. Also at the time the 1966 Opinion was issued, the primary method of filing documents with the FAA was by mail. There has always been a presumption the use of an express courier services would be treated as placing the documents in the “mail,” but until recently the FAA has not confirmed the same.

Pursuant to COVID-19, the FAA modified its normal procedures for accepting documents. The FAA now accepts documents properly submitted by email. Furthermore, prior to COVID-19 parties could submit documents directly through the FAA Public Documents Room and obtain immediate file stamp copies of the documents. The FAA modified this procedure, and documents are no longer filed directly, but place in a filing bin outside the FAA Public Documents Room and picked up and processed throughout the day. In both instances, the FAA has confirmed the documents are not officially filed/received until file stamped.

Expanding on the 1966 Opinion, the Office of the Aeronautical Center Counsel, Central Regional Counsel of the FAA issued a new legal interpretation in June 2020 to Allison McGrew of McAfee & Taft. The new opinion confirms: (i) the completed copy of the Application becomes effective as temporary authority to operate an aircraft within the United States upon the submission or delivery of the Application, evidence of ownership and applicable filing fee to the FAA Registry; and (ii) consistent with the 1966 Opinion, provided the requirements of 14 CFR §47.31(a) are met, the copy of the Application becomes effective at the time the Application is sent via Priority Courier, sent via email, or delivered to the FAA via the FAA’s modified paper filing procedures. The new opinion is limited in scope to temporary authority to operate an unregistered aircraft under 14 CFR §47.31.