DOJ confirms websites are covered by ADA, but offers some flexibility to businesses in complying 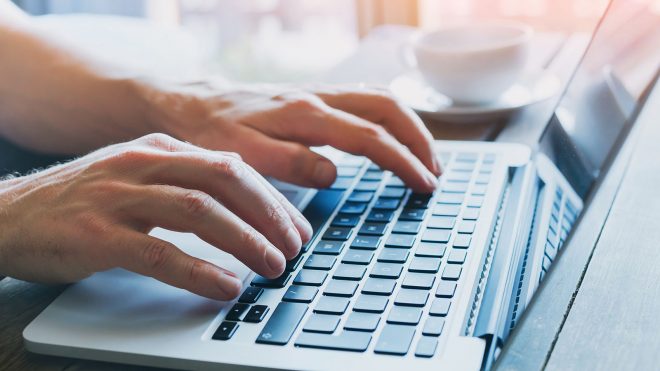 Hundreds of recent lawsuits have claimed that companies must have websites that are accessible to disabled individuals. The idea is that a website is a place of public accommodation under Title III of the Americans with Disabilities Act (ADA), and therefore must be accessible for all. Common website problems, including incompatibility with screen-reading software, may create barriers for disabled individuals.

While the ADA itself does not mention websites, the U.S. Department of Justice (DOJ) had long taken the position that websites were covered under the ADA. Then, in 2017, the DOJ withdrew its proposed rule on website accessibility, leaving many in confusion as to the government’s official position on the issue. Making matters worse, most of the lawsuits filed have settled without providing any judicial guidance on the issue. It is easier for most companies to simply fix their websites than it is to fight an accessibility lawsuit. However, some recent developments are providing slightly more clarity for businesses.

Most significantly, on September 25, 2018, the DOJ released a statement acknowledging its withdrawal of the proposed rule, and making clear that it nonetheless still expects businesses to make their websites accessible. The letter was in response to a June 20 letter from 103 members of the U.S. House of Representatives, including Oklahoma’s Frank Lucas, requesting clarity on “unresolved questions about the applicability of the ADA to websites” which have “created a liability hazard that directly affects businesses in our states….” The DOJ responded:

The Department first articulated its interpretation that the ADA applies to public accommodations’ websites over 20 years ago. This interpretation is consistent with the ADA’s title III requirement that the goods, services, privileges, or activities provided by places of public accommodation be equally accessibly to people with disabilities. Additionally, the Department has consistently taken the position that the absence of a specific regulation does not serve as a basis for noncompliance with a statute’s requirements. Absent the adopting of specific technical requirements for websites through rulemaking, public accommodations have flexibility in how to comply with the ADA’s general requirements of nondiscrimination and effective communication. Accordingly, noncompliance with a voluntary technical standard for website accessibility does not necessarily indicate noncompliance with the ADA…. Given Congress’ ability to provide greater clarity through the legislative process, we look forward to working with you to continue these efforts.

The DOJ’s response is a good news/bad news situation for companies. The bad news is that it provides no clarity on what specific technical standards must be followed, yet makes clear that the government expects companies to make an effort to make their websites accessible to disabled people. The DOJ does not see its own lack of rulemaking as an excuse for noncompliance.

Up to now, with no specific technical guidelines in place from the DOJ, plaintiffs’ attorneys, advocacy groups and companies were assuming that a set of guidelines known as “WCAG 2.0 AA” were the applicable guidelines to follow. WCAG 2.0 is a set of guidelines created by the World Wide Web Consortium, which describes itself as “an international community of member organizations, full-time staff, and the public” who work together to “develop open standards to ensure the long-term growth of the web.”  The WCAG guidelines are free and available online, with the first version (1.0) appearing in 1999. The focus of the guidelines is on ensuring that the website is perceivable, operable and understandable for those with impairments. WCAG 2.0 is split into three levels of conformance – A, AA, and AAA –with A being the minimum level and AAA being the maximum level. Although the guidelines have no force of law, plaintiffs’ attorneys have often claimed that websites that have failed in some way to meet WCAG 2.0 AA are in violation of the ADA.

Now, the DOJ’s letter makes clear that it does not view compliance with every aspect of WCAG 2.0 as required under the ADA. Instead, “public accommodations have flexibility in how to comply with the ADA’s general requirements of nondiscrimination and effective communication.” This is helpful in a number of ways.

Ideally, courts will now feel freer to dismiss website accessibility lawsuits against companies who have made a significant effort to be accessible, even if they have not maintained perfection. Companies and experts in this area welcome any sign that a company can actually win one of these cases, something that was beginning to seem in doubt, especially when the Eleventh Circuit Court of Civil Appeals ruled in August that Dunkin’ Donuts’s alleged failure to make its website compatible with screen-reading software for the blind would violate the ADA.

The flexibility the DOJ references allows businesses to attempt to prove that their websites or business are accessible, despite not meeting every aspect of WCAG 2.0. An example of the potential “flexible” way a business could be accessible would be providing a 24/7 phone line to provide the kind of information otherwise available on the website.

The DOJ’s letter may also help ease some of the angst of business surrounding the release of WWCAG 2.1. For years, businesses, plaintiffs’ lawyers, advocacy groups and even courts have been working off of WCAG 2.0. But in June of this year, WCAG 2.1 was released. Businesses were thrown into confusion: Should they try to conform to the updated 2.1 guidelines now? Would it be illegal not to do so? The DOJ’s statement confirms what some courts have said: the important thing is not whether a certain set of guidelines are complied with, but whether a disabled person can access the public accommodations’ goods, services, and benefits.

So where do we go from here?

Ultimately, the DOJ has placed the burden on Congress to make specific laws and rules governing website accessibility. It is unlikely we will see action in this area anytime soon. A recent bill (the ADA Education and Reform Act (HR 620)) sought to amend the ADA to require pre-suit notice of alleged access barriers. It passed the House but effectively died in the Senate when 43 senators, led by Sen. Tammy Duckworth of Illinois, pledged to block a vote on the bill. Senator Duckworth has recently introduced legislation that would increase the dollar amount for tax credits for small businesses to pay for adaptations to existing facilities to comply with the ADA, but does nothing for companies facing the costs of overhauling a website to ensure accessibility.

While this letter from the DOJ is helpful, it is unlikely that it will slow the tide of litigation. Unfortunately, too few businesses have taken proactive steps to attempt any sort of accessibility of their websites. Companies who make no effort to ensure accessibility or develop an accessibility policy still place themselves at legal risk. Employers must also remember that a failure to make online job applications accessible to blind or disabled job seekers result in a lawsuit filed under Title I of the ADA, which prohibits discrimination in hiring decisions.