By Paul A. Ross

In March of 2014, President Obama issued a presidential memorandum directing the secretary of labor to “update” and “modernize” the regulations under which the U.S. Department of Labor (DOL) manages the Fair Labor Standards Act. Particularly, the president called for updating the executive, administrative and professional exemptions (known to us as the “white collar” exemptions), because, according to the president, those exemptions had become “outdated” and had not “kept up with the modern economy.” Interestingly, that directive also instructed the labor secretary to “simplify the regulations to make them easier for both workers and businesses to understand and apply.” This morning, after a few delays, the DOL finally issued notice of its proposed changes to the FLSA regulations.

Despite the breadth of the presidential directive, the proposed changes actually released today are fairly limited in scope (but incredibly significant in their impact to employers). The major change proposed by the DOL is to dramatically increase the minimum compensation for employees that are classified as exempt under the white collar exemptions. Currently, in order to be classified as exempt under those portions of the FLSA, employees must be paid on a “salary basis” no less than $455 per week (the equivalent of $23,660 per year). Under the proposed rules, the DOL predicts that the minimum salary level for white collar exemptions would likely rise to $970 per week (the equivalent of $50,440 per year) in 2016. The DOL also proposes a new flexible approach to the minimum salary requirement. Under that proposal, the minimum salary level would be set annually, at the 40th percentile of all salaried employees in the nation according to data collected by the government. 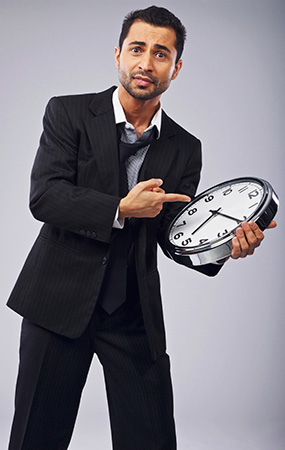 The proposed rule changes also address the so-called “highly compensated” exemption. Under the current form of that exemption, employees that are compensated at least $100,000 annually, with at least $455 per week paid on a salary basis, may be considered exempt under the FLSA. But under the new proposed regulation, that amount would increase to $122,148 (and the new minimum weekly salary component would be imposed). At this point, it does not appear that the new regulations would have much impact on the “outside sales” exemption.

On the other hand, the proposed rule changes do not appear to address or change the duties components of the white collar exemptions. Employers that have struggled with evaluating an employee’s duties for the purposes of exemptions, particularly the amorphous “administrative exemption,” know that certainty regarding those regulations would have been welcome. And the president’s directive that the DOL should “simplify the regulations to make them easier for both workers and businesses to understand and apply” gave some level of hope that the DOL would offer clarity in that respect. But no changes have been proposed, leaving employers with the very difficult classification questions to address on a worker-by-worker basis. Importantly though, the DOL has invited comment from employer and employee groups regarding changes that might be imposed to the duties elements of the white collar exemptions.

Public comment on the proposed regulations will be open for 60 days. Thereafter, the DOL will publish a final rule with an effective date. The entire text of the proposed rule, and the DOL’s rationale, can be found here.

For employers that have avoided the onslaught of FLSA litigation over the past 10 years, now will be the time to review your employee exemption classifications. The rules are complex and difficult to apply, and an adverse decision can have significant economic consequences. And the changes announced today all but ensure that the trend in FLSA litigation is here to stay.