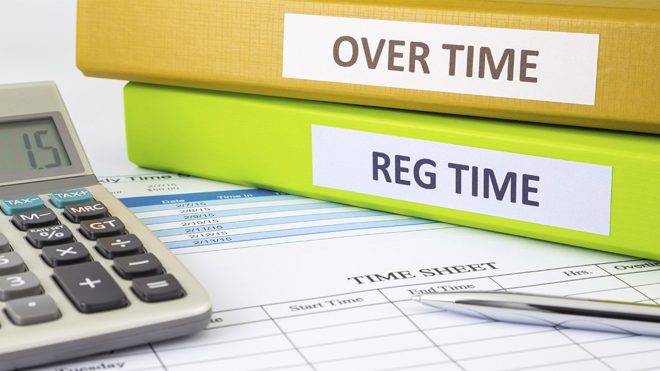 Yesterday, March 7, 2019, the U.S. Department of Labor’s (DOL) Wage & Hour Division announced a Notice of Proposed Rulemaking (NPRM) to increase the salary threshold employees must meet in order to be exempt from the Fair Labor Standards Act (FLSA). In putting together the NPRM, the DOL received input from the public by conducting six in-person “listening sessions” around the country and issued a Request for Information (RFI) in 2017 that drew more than 200,000 comments. Per the DOL, “[c]ommentators who participated in response to the RFI or who participated at a listening session overwhelmingly agreed that the currently enforced salary and compensation levels need to be updated.”

The current status of the law

The FLSA generally requires that employees be paid overtime (one and one-half times their regular rate of pay for every hour they work in excess of 40 hours in a workweek). Certain employees, however, are exempt from the overtime pay requirement. For example, executive, administrative, and professional employees are exempt from overtime pay if they are paid a fixed salary of a certain sum and meet several duties requirements.

Under current law, the salary threshold for an employee to qualify for such exemptions is $455 per week ($23,660 annually). In other words, if an employee is paid on a salary basis and that salary is at least $455 per week, and if the employee meets the duties requirements of the FLSA regulations, then an employer is not be required to pay him or her overtime at a rate of one and one-half times their regular rate of pay.

FLSA regulations also contain a special rule for certain “highly compensated” employees who might not fully satisfy the duties requirements of other exemptions. Currently, an employee is exempt from the FLSA’s overtime requirements if he or she is paid a total annual compensation of $100,000 or more, his or her primary duty includes performing office or non-manual work, and he or she customarily and regularly performs at least one of the exempt duties or responsibilities of an exempt executive, administrative, or professional employee.

The DOL’s NPRM proposes to increase the required salary threshold for exemptions such as the executive, administrative, and professional exemptions to $679 per week ($35,308 annually). This means that if the DOL’s proposal becomes law, employers will be required to pay overtime rates to all employees making less than $679 per week regardless of their duties or whether they are paid on a salary basis.

Data from the Bureau of Labor Statistics bring perspective to the impact the DOL’s proposal will have if it becomes law. According to data from the Bureau of Labor Statistics for the fourth quarter of 2018, the median income for employees between the ages of 20 and 24 was $594 per week ($30,888 annually). Under current law, a worker earning a salary of $594 per week would be eligible for an exemption from the FLSA’s overtime requirements (i.e., the employer would not be required to pay him or her the overtime rate of pay) provided he or she met the duties requirements of an exemption. Under the DOL’s proposal, the same employee would not be eligible for an exemption regardless of his or her duties.

If the DOL proposal takes effect (which is estimated to happen in January 2020), the DOL has stated it “[will] make more than a million more American workers eligible for overtime.” Even so, the newly proposed salary threshold is significantly lower than the DOL’s ill-fated Final Rule issued during President Obama’s administration. Pursuant to that Final Rule, the salary threshold would have more than doubled from $455 per week ($23,660 annually) to $913 per week ($47,476 annually). Some estimated that such an increase would have made approximately four million workers, who had previously been classified as exempt, eligible for overtime pay. However, a federal judge in Texas — to the surprise of many — issued an order that prevented the Final Rule from taking effect just 10 days before its December 1, 2016, implementation date. As a result, the Final Rule’s increased salary threshold never took effect.

The DOL’s newly issued NPRM also proposes to increase the “highly compensated” employee annual compensation level from $100,000 in total annual compensation to $147,414, which will also have a significant impact on increasing the number of employees who will be eligible for overtime rates of pay. Interestingly, this would increase the highly compensated salary threshold more than the Final Rule proposed under President Obama’s administration, which proposed an increase to only $134,004.

The DOL proposal does not include any changes to the current structure of the duties tests for FLSA exemptions.

What you need to do going forward

The DOL proposal does not change anything right now, but the future impact of the new regulations will be far-reaching. Employers need to start planning and preparing now to avoid abrupt and unexpected financial impacts if the proposal takes effect next year.

Employers should work with wage and hour counsel to complete a preliminary assessment of all employee positions they currently treat as exempt in order to determine the potential impact of the updated salary tests. Additionally, many employers will likely need to budget for increased overtime costs once the new regulations go into effect.

Employers should also work with wage and hour counsel to audit their job descriptions to determine whether their employees are properly classified. Remember, salary level alone does not determine if an employee is exempt from the FLSA’s overtime requirement. Even if an employee’s salary is more than $679 per week, if he or she does not meet the job duties requirements then he or she will not be exempt from the FLSA’s overtime requirements (i.e., the employer will be legally obligated to compensate the employee at the overtime rate of pay for all time worked in excess of 40 hours in a work week). In addition to ensuring an employer’s policies are in compliance with the FLSA, consulting with wage and hour counsel in making these decisions may also provide the employer with an “advice of counsel” defense if an employee brings an FLSA lawsuit in the future.

Please stay tuned for future developments, and, as always, please do not hesitate to contact any member of our Labor and Employment Group if you would like to discuss the current exemption tests or conducting an audit of your current policies.