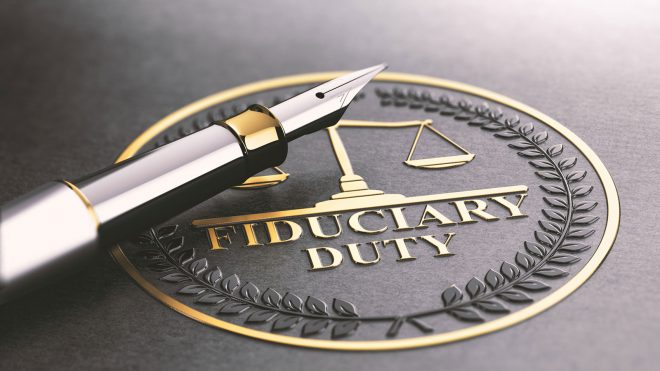 On September 4, 2020, the Department of Labor published a proposed regulation addressing the proxy voting responsibilities of retirement plan fiduciaries and exercises of other shareholder rights.  The proposed rule would affect any employee benefit plan that owns equity securities that require voting, which can include defined benefit plans, defined contribution plans, and even some welfare benefit plans.  If the proposed rule is promulgated in its current form, it would materially change the fiduciary practices and recordkeeping requirements for such plans.

The DOL’s long-standing view has been that proxy voting is a fiduciary obligation that is part of managing plan assets, and the general view has been that the plan fiduciaries may not simply choose to not vote proxies.  Under the proposed regulation, a fiduciary must vote a proxy when the issue could have an economic impact on the plan, but must not vote a proxy where the matter would not have an economic impact on the plan.  The DOL’s rationale is that the expenditure of plan resources is generally warranted only when the proposals have a meaningful bearing on share value or when plan fiduciaries have determined that the interests of the plan are not aligned with the positions of a company’s management.  It is important to note that application of this new standard would have a significant impact on the voting of proxies on shareholder proposals dealing with economic, social and governance issues because it would be difficult to demonstrate that those types of proposals have an economic impact on the plan.

In order to assist fiduciaries to comply with the difficulty of determining a proxy vote’s economic impact on a plan, the proposed regulation would allow fiduciaries to establish certain “permitted practices” in their proxy voting policy.  For example, a permitted practice may include voting proxies only on specific types of proposals that the fiduciary has prudently determined are likely to have a significant impact on the value of the plan’s investment, such as corporate mergers and acquisitions, corporate repurchases of shares, and contested elections for directors. If the plan fiduciary has delegated responsibility for voting proxies to an investment manager or other service provider, the proposed regulation would require the fiduciary to ensure and document that the investment manager or service provider satisfies the conditions of the rule.

Because the DOL’s proposal is not final, it does not require plan fiduciaries to take any action at this time.  However, we recommend that plan fiduciaries continue to monitor this issue for future developments.