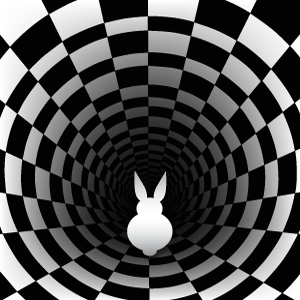 Patent trolls — non-practicing entities best known for threatening expensive patent litigation in order to collect licensing fees from accused infringers — are a well-documented problem. Measures aimed at reforming patent litigation typically focus on reducing litigation costs for defendants by, for example, fee-shifting in the case of frivolous suits or by limiting discovery. However, most pending reforms ignore the role that software and computer-based patents have in the current patent troll problem; almost every patent asserted by a patent troll is a software or computer-based patent.

Alice International, an Australian company that is half-owned by the National Australia Bank Ltd., owns patents on electronic methods and computer programs for financial-trading systems. In the upcoming case Alice Corporation Pty. Ltd. v. CLS Bank International, the U.S. Supreme Court will address whether, and to what extent, such inventions are eligible to receive a patent. Clarifying what types of inventions can receive a patent could reduce the cost of patent litigation by reducing uncertainty and limiting the enforceability of some types of patents. A brief summary of the law of subject matter eligibility helps place the pending Supreme Court decision in context.

Under federal law (35 U.S.C. §101) the scope of patent eligibility is limited to “any new and useful process, machine, manufacture, or composition of matter.” Even if the invention does fall within one of these four statutory categories, the Supreme Court has created additional exceptions. The high court has held that “laws of nature, physical phenomena, and abstract ideas” cannot be patented because doing so would hinder rather than promote scientific progress.

Of the three exceptions, “abstract ideas” have been the most problematic. Determining the precise point at which an abstract idea becomes sufficiently embodied in concrete form to deserve a patent has long troubled courts. To distinguish abstract ideas from patent-eligible processes, the Federal Circuit adopted the “machine-or-transformation” test. Under this test, a process was patent eligible if it is implemented with a particular machine or it transforms an article from one state to another.

Although the machine-or-transformation test was easily applied, in Bilski v. Kappos the Supreme Court ruled it was not the exclusive test to determine subject matter eligibility. While the court was undoubtedly correct that the machine-or-transformation test is not rooted in statutory language, it provided little insight into what should replace the test. Owing partially to the confusion created by the Supreme Court, subject matter eligibility remains as ill-defined as ever. Alice v. CLS Bank offers the Supreme Court an opportunity to clarify and define the scope of patent-eligible subject matter.

The patents at issue in Alice v. CLS Bank were all directed to “computerized trading platform(s) used for conducting financial transactions in which a third party settles obligations between a first and a second party so as to eliminate ‘counterparty’ or ‘settlement’ risk.” Essentially, the plaintiff was able to patent a computer-based escrow agent or clearinghouse. While the idea of an escrow agent or clearinghouse itself is very likely an abstract idea, the invention becomes less abstract when it is tied to a physical structure like a computer. The U.S. Patent and Trademark Office found that the invention was patent eligible, but during litigation the district court held the patents were invalid under §101. The plaintiff then appealed to the Federal Circuit, the court of appeals with exclusive subject matter jurisdiction over patent law.

On review, the Federal Circuit split sharply over the patent eligibility of the claimed invention. The court was unable to produce a majority and issued seven different opinions comprising various combinations of the 10 circuit justices. Five of the 10 justices agreed with the lower court that the patents at issue were ineligible under §101. However, the Federal Circuit could not agree why the patents at issue were ineligible or what test should determine patent eligibility. Likely due to the fractured Federal Circuit, the Supreme Court agreed to hear the case.

The Supreme Court has repeatedly warned the Federal Circuit that its interpretation of patent eligibility is too expansive but has not provided lower courts or practitioners with clear guidance to follow. Alice v. CLS Bank offers the Supreme Court an opportunity to clarify the state of the law. The Supreme Court may take one of three general approaches in its upcoming decision.

First, the Supreme Court could deemphasize §101 in determining patent eligibility. Patent law has a number of other mechanisms to determine patentability that arguably allow for more definite analysis and predictability. This approach is often favored by justices and practitioners who believe the patents at issue in Alice v. CLS Bank should be patent eligible.

Second, the Supreme Court could create a bright-line rule either favoring or disfavoring patents such as those at issue in this case. Whether or not the Supreme Court holds that computers add patentable weight to otherwise unpatentable material, a clear rule would at least create predictability. While desirable from that perspective, the Supreme Court has disfavored rigid or formulistic approaches to patent law in recent decisions.

Third, the Supreme Court could issue a broad opinion, directing the Federal Circuit to the policy considerations that should underlie patent eligibility. The Supreme Court’s recent decisions suggest the court may take such an approach. Such opinions have the disadvantage of leaving lower courts without clear rules such that a patent eligibility determination can depend heavily on the ideological predisposition of the judge.

Any approach adopted by the Supreme Court must balance many competing concerns. The court must balance the settled expectations created by existing software and computer-based patents against the role such patents have in patent litigation abuse. The court should seek to create clear rules without improperly limiting the statutory language of §101.