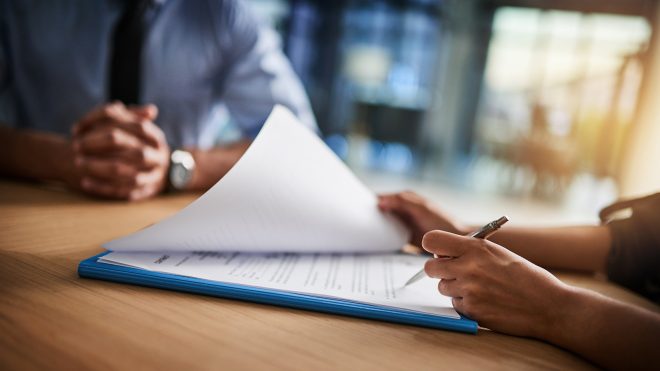 One of the Equal Employment Opportunity Commission’s top priorities has been to stop employers from instituting blanket bans on hiring individuals with criminal records.  The EEOC’s focus stems from national data suggesting that such bans have a disparate impact on minorities.  In a somewhat long and winding road, the EEOC’s battle against criminal background checks led to a showdown with the State of Texas and a surprising decision by a federal court of appeals.

In April 2012, the EEOC issued its “Enforcement Guidance on the Consideration of Arrest and Conviction Records in Employment Decisions under Title VII.” The Guidance declares a hiring policy or practice that “screens out a Title VII-protected group” is unlawful unless the employer can show the policy or practice is “job related for the positions in question and consistent with business necessity.”  In other words, an employer cannot have a blanket ban on hiring individuals with a criminal record.

The Guidance, which is 52 pages long, urges employers to develop “targeted screen[ing]” and “individual assessment[s]” to determine whether making a hiring decision based upon a candidate’s criminal record is job-related and consistent with a business necessity.  It further provides that all employers covered by Title VII “are subject to [the Guidance’s] analysis.”

It is not uncommon for the EEOC to issue a guidance for employers related to federal employment laws.  However, the practice is controversial because the EEOC has limited rulemaking power.  Title VII provides that the EEOC may issue procedural regulations, but it cannot issue substantive, controlling rules.

In 2013, the State of Texas took umbrage with the EEOC’s Guidance.  Why?  Because Texas has had long-standing state laws and agency policies prohibiting the hiring of felons for many state jobs.  After a failed applicant filed an EEOC charge alleging Texas’ policy of not hiring persons with felony convictions was a violation of Title VII, Texas responded by filing a lawsuit against the EEOC.  Texas argued the Guidance amounted to a substantive rule of law, and, as such, the EEOC did not have the authority to issue it.

The lawsuit went on for almost six years due to nuanced jurisdictional and procedural issues that would make only the nerdiest of lawyers salivate, while making everyone else consider the content of CSPAN to be a heart-pounding thrill ride.  However, a federal trial court ultimately entered an injunction in favor of Texas, which was appealed to the federal appeals court.

On August 6, 2019, the Fifth Circuit Court of Appeals issued a decision agreeing with Texas and determining that the Guidance amounted to a substantive rule.  Paramount to the court’s decision was its conclusion that the Guidance unequivocally binds the EEOC’s staff (i.e., investigators) to a course of action.  Indeed, investigators had no choice but to follow the Guidance’s analysis when conducting investigations and when determining whether to refer employers to be the subject of civil enforcement actions.  It even dictated how investigators view certain pieces of evidence.  Pursuant to the Guidance, evidence that the employer has a racially balanced workforce is categorically insufficient to overcome a showing of disparate impact.  In the words of the court, “the Guidance leaves no room for EEOC staff not to issue referrals to the Attorney General when an employer uses a categorical felon-hiring ban.”

As a result of the Fifth Circuit’s decision, should employers run out and change their policies and practices to ban the hiring of all applicants with criminal convictions on their record?  The answer, for now, is “no.”

Technically, the ruling only prohibits the EEOC from enforcing the Guidance against one employer, the State of Texas.  (Also complicating the issue is the fact that Texas is a public employer, not a private employer.)  The Fifth Circuit decision will undoubtedly lead to other employers challenging guidance issued by the EEOC.  However, it is unclear if other courts will side with this appeals court.

Also, the EEOC’s Guidance was not conjured out of thin air.  There have been numerous court decisions finding that total bans on hiring applicants with criminal records creates a disparate impact in violation of Title VII.  Moreover, there is national data that supports the EEOC’s position.  Even if a court ignores the Guidance, it can still find that a total ban on hiring convicted felons is unlawful.  While this continues to play out in the courts, the best practice for employers is to continue avoiding hiring policies and practices that categorically disqualify applicants with criminal convictions.