Employee on leave fired for moonlighting

Maybe the employee in the case below should have listened to some Creedence Clearwater Revival before deciding to work for his own landscaping business while on Family and Medical Leave Act (FMLA) leave from his primary job.

Moonlighting, at least in the context of employment, apparently doesn’t refer to the popular mid-1980s ABC comedy-drama of the same name (starring Cybill Shepherd and the newly discovered Bruce Willis). In the following case, moonlighting refers to an employee who works at another job while on FMLA leave. It’s another form of FMLA abuse, and it’s no different from an employee faking a serious medical condition to obtain leave under the Act.

Perhaps more important, moonlighting can occur even when an employee is otherwise entitled to leave. An employee’s right to FMLA leave doesn’t permit him to use that time for another employer’s benefit. Employee abuse of FMLA leave is a constant threat that employers must be aware of and monitor.

A recent court decision provides a good illustration of the moonlighting phenomenon and affirms the right of employers to discipline employees who abuse the Act’s leave provisions.

A landscaping business?on the side

Robert Dietrich was an operating room technician who suffered from hemophilia. He was employed by Susquehanna Valley Surgery Center (SVSC) from 2003 until 2009. SVSC was aware of his condition and provided him time off to address complications relating to the disease. Dietrich agreed that he was allowed to take time off and be absent because of his condition but complained that he was disciplined for missing work. Because the days he took off immediately preceded and followed weekends, SVSC contended that many of his absences were suspicious.

During his employment with SVSC, Dietrich was disciplined numerous times for attendance issues. However, his attendance improved before his termination, and his performance review approximately six months before his discharge reflected that his attendance was satisfactory.

Dietrich ran his own landscaping business on the side. Approximately one week before he was fired, he began installing a patio for one of the doctors affiliated with SVSC. The project was a rush job that had to be completed by the following weekend. Dietrich called his supervisor the day before he was to return to work on Monday and stated that he was suffering from an internal bleed and would miss work that Monday.

Dietrich didn’t report to work at SVSC on Wednesday. Instead, he went to the doctor’s home to work on the patio project his landscaping company had been hired to complete. He claimed he didn’t perform any physical labor but merely supervised a part-time employee. Upon discovering that Dietrich didn’t report to work on Wednesday, a representative of SVSC, who had heard from the doctor that Dietrich was installing a patio at his home, observed Dietrich’s landscaping truck near the doctor’s home and actually saw Dietrich outside the home.

Dietrich called and informed his supervisor that he would be absent from work on Thursday but that he would return Friday. He was suspended indefinitely on Thursday, and the following Monday, he was terminated for his absence on the previous Wednesday and for working for his landscaping company while on FMLA leave.

Employer can discipline for moonlighting

Dietrich filed suit, claiming his termination was based on his hemophilia in violation of the Americans with Disabilities Act (ADA) and the FMLA, but the court rejected his claim, finding the employer had a legitimate nondiscriminatory reason for terminating him. The court focused on the fact that he admitted he was working on behalf of his landscaping company on the day he was absent from his job at SVSC. In finding in favor of SVSC, the court stated:

Any employee, regardless of his or her disability or lack thereof, might reasonably expect their employer to take disciplinary action if he or she is absent from work and found to be instead engaging in some other side business. This is especially true if the employee failed to notify his or her employer of the impending absence, but such behavior can reasonably be seen as dishonest and worthy of discipline even if an excused absence was requested.

Notably, the court wasn’t concerned about whether Dietrich’s absence was excused. Instead, it found that disciplinary action is warranted when an employee is absent from work to engage in a side business. The court characterized such behavior as “dishonest” and “worthy of discipline.” Dietrich v. Susquehanna Valley Surgery Center, 11-CV-925 (N.D. Pa., 2/5/13).

This decision affirms that employers are not helpless when it comes to combating FMLA abuse. An employee’s right to FMLA leave doesn’t permit him to use that time to work for another business. That’s especially true when an employee has lied or been dishonest about his need for leave. The purpose of FMLA leave is to allow an employee to attend to a serious medical condition or disability without fear of losing his job. The Act’s leave provisions don’t permit employees to protect one job while working at another.

Employers need to be vigilant about policing employee FMLA leave. The court’s decision in this case affirms your right to discipline an employee when you discover he is abusing his right to FMLA leave. You can further strengthen your position if you have a policy in place that expressly prohibits moonlighting. 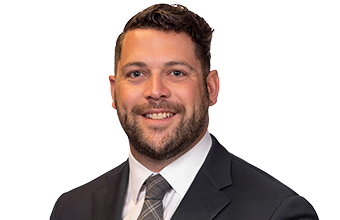