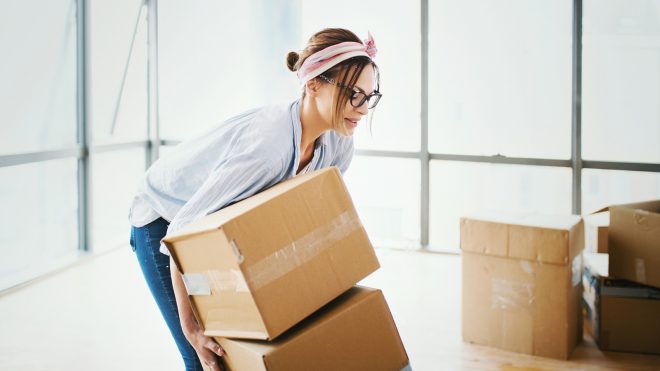 The Tenth Circuit Court of Appeals recently considered—for the second time—an employee’s claim that she had been terminated in violation of the Americans with Disabilities Act (ADA).

According to the court’s summary, Jonella Tesone worked for Empire Marketing Strategies, where she was responsible for setting up displays in grocery stores. In October 2016, while assigned to complete a set-up at an out-of-town location, she decided to treat herself to an extra night’s hotel stay on her employer’s dime, without company approval. Shortly after the trip, Empire met with Tesone to discuss the unapproved stay and other performance issues. In this meeting, for the first time, Tesone claimed she had a “lifting restriction” and blamed the lifting restriction for negatively impacting her job performance. Empire requested she provide a doctor’s note documenting this limitation.

Despite repeated requests, no doctor’s note was forthcoming. In the meantime, Empire coached Tesone about various issues with her employment. Finally, in February 2017, she provided a letter from Dr. Manjarres, an out-of-state doctor with whom she had never actually met or consulted. The letter did not reveal any specific diagnosis, but said Tesone experienced “muscle weakness” and “back pain,” and recommended no overhead lifting and no lifting more than 15 pounds. Just 11 days later, Empire terminated Tesone’s employment, citing various violations of company policies unrelated to the lifting restriction.

Tesone sued, claiming Empire discriminated against her because of her disability. The trial court granted summary judgment on Empire’s behalf, ruling that Tesone had produced “no expert medical evidence” of a disability. Tesone appealed, and the Tenth Circuit ruled in her favor, holding that expert medical evidence is not required to establish disability in all ADA cases. The Tenth Circuit sent the case back to the trial court, and ordered the court perform a case-specific analysis to determine whether she had established the disability alleged.

The trial court granted summary judgment in Empire’s favor a second time. The only evidence Tesone presented in favor of her claim that she had a disability was Dr. Manjarres’ note. The court found that the note was insufficient to establish that she was disabled.

Once again, Ms. Tesone appealed the trial court’s grant of summary judgment. This time, the Tenth Circuit ruled in Empire’s favor. The court noted that an employee who brings a claim under the ADA must show “a physical or mental impairment that substantially limits one or more major life activities.” Although an expert’s evidence is not required in every case, the employee must have some evidence to support that he or she is actually disabled.

In Tesone’s case, Dr. Manjarres’ note was not enough to defeat summary judgment. Dr. Manjarres himself was not timely disclosed as an expert witness in the trial court. Therefore, he could only be considered a non-expert “lay” witness. However, a lay witness can only testify regarding his or her own personal knowledge and observations, not opinions. Because Dr. Manjarres had no personal observations of Tesone, his letter was clearly based on his opinion and specialized knowledge as a physician. Dr. Manjarres’ letter was declared inadmissible, and without it, Tesone had no evidence from which she could argue she was disabled. Therefore, summary judgment was appropriate.

The broad definition of disability from the ADA often leaves employers feeling confused and frustrated. This case is a good reminder that to succeed on an ADA claim, an employee must have some actual evidence of a disability. However, Tesone was still able to sue and appeal twice, and had she managed to secure an expert witness, the case could have come out differently. In this case, with the benefit of hindsight, Empire might have been better off terminating Tesone directly after the unauthorized hotel stay. Employers should continue to request documentation when an employee claims a restriction and should continue to document performance problems for all employees.