Employers may be liable for harassment by a non-employee 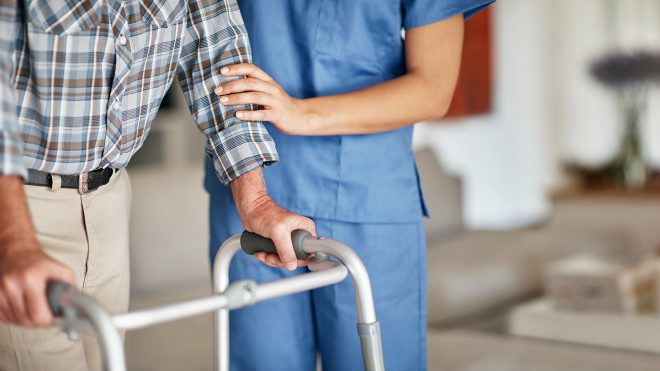 “Claims of sexual harassment typically involve the behavior of fellow employees. But not always,” said a federal appeals court in Gardner v. CLC of Pascagoula, LLC. The case shows employers must take employee complaints of harassment by non-employees seriously. Title VII of the Civil Rights Act requires employers to take reasonable steps to protect employees once they know or should have known an employee is subject to abusive behavior, even if the abusive behavior comes from a non-employee such as a patient, vendor or customer.

Ms. Gardner worked as a certified nursing assistant (CNA) for CLC, an assisted living facility in Mississippi. Gardner had previously worked at facilities that assisted patients who were mentally ill, some of whom were physically combative or sexually aggressive. She was trained in defensive and de-escalation tactics to properly care for patients in a way that did not jeopardize her safety.

CLC assigned her to care for “J.S.,” an elderly resident who suffered from a variety of physical and mental illnesses, including dementia, traumatic brain injury, personality disorder with aggressive behavior, and Parkinson’s disease. J.S. had a history of exhibiting violent and sexual behavior toward other patients and staff.  CLC knew that J.S. was more aggressive toward female caregivers, that he would sexually assault them by grabbing their private areas, and that he asked for explicit sexual acts on a regular basis.

One day, Gardner was assisting J.S. out of bed when he began to try to grope her. Gardner pivoted, and J.S. punched her left breast. Gardner sought the assistance of another member of staff, and the two tried to move J.S. into his wheelchair. J.S. punched Gardner a second time. A third employee came to assist, and while the trio was ultimately successful in situating J.S. in his chair, J.S. was able to get a third punch in. What happened next is in dispute, but witnesses said Gardner took a swing at J.S., though she did not actually hit him. Gardner denies this allegation. Gardner also allegedly stated in front of J.S. that she was “not doing shit else for [J.S.] at all” and that she guessed she was “not the right color” (presumably because Gardner is African-American, whereas the third employee to join the effort was Caucasian). Following the incident, Gardner advised CLC’s management that she would no longer provide care for J.S. and asked to be reassigned. Her request was denied.

Gardner went to the emergency room for treatment of the injuries she sustained from J.S.’s physical abuse, and she remained off work for three months. Shortly after she returned, she was terminated. Her supervisor explained the decision was based on her insubordination in refusing to care for J.S., for violating J.S.’s resident rights by swearing in front of him, making a “racist-type statement,” and for attacking J.S. by swinging at him. Nothing happened to J.S. —until an altercation with another resident resulted in his relocation to an all-male “lockdown” unit.

Although the Gardner case does not involve an Oklahoma employer, in Lockard v. Pizza Hut another appeals court that applies to Oklahoma employers used the same reasoning to uphold a jury verdict in favor of a waitress who complained of harassment by a customer.

Ms. Lockard testified she informed her shift manager, Mr. Jack, before November 6 that she felt “uncomfortable” waiting on certain male customers. It does not appear that she gave any details about why she felt uncomfortable, although at trial, she testified these male customers had been at the restaurant several times before the night of November 6, and had made lewd comments, including saying “they would like to get in her pants.”  On the night of November 6, before Ms. Lockard seated these customers, she again stated to Mr. Jack that she did not want to serve them. Ms. Lockard testified Mr. Jack knew the customers were the same men she complained about previously. Without any further inquiry as to why Ms. Lockard felt uncomfortable, Mr. Jack instructed her to wait on their table. When she seated them, one of he men told her she smelled good and asked about her cologne.  She replied, “None of your business,” and the customer grabbed her hair.  Ms. Lockard reported the hair-pulling incident to Mr. Jack and asked again that another waiter serve the men. Mr. Jack refused her request, and according to Ms. Lockard said, “You wait on them.  You were hired to be a waitress.  You waitress.” Ms. Lockard returned to the table and was sexually assaulted.  One of the customers pulled her closer by her hair, grabbed her breast, and then put his mouth on her breast.  Ms. Lockard quit and walked out.

The employer argued that even if a hostile work environment existed, it could not be held vicariously liable for the harassing conduct of customers. In upholding the $200,000 verdict for Ms. Lockard, who had worked there two months, the court noted that harassment by customers is more analogous to harassment by co-workers than by supervisors. Employers may be held liable if they fail to remedy or prevent a hostile or offensive work environment of which management-level employees knew, or in the exercise of reasonable care should have known. The court noted that EEOC regulations specifically provide that an employer may be responsible for the acts of non-employees with respect to sexual harassment of employees in the workplace, where the employer (or its agents or supervisory employees) knows or should have known of the conduct and fails to take immediate and appropriate corrective action.

Avoid liability and create a safe workplace: The takeaways

What lesson should employers learn? The duty to provide a safe workplace exists regardless of the inherent and expected hazards of a particular workplace, and harassment by a non-employee can be the basis of a claim of sexual harassment.

In both cases, the employees had previously complained of harassing behavior by third parties (patient and customer). Although solutions were apparently available, in both cases the employees were essentially told to “get back to work.”  Obviously, doing nothing was the wrong approach. While it may be difficult to completely eliminate harassment in the workplace, where an employer is on notice and does nothing, courts are willing to impose liability. Title VII demands that you take reasonable measures to try to abate it. Here are some takeaways to avoid liability: