Employers must still use caution when using independent contractors 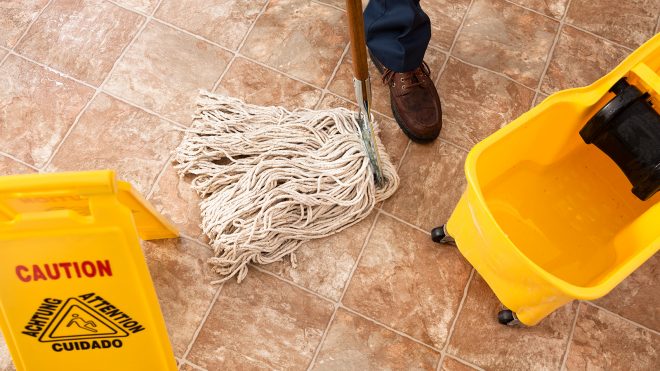 A new opinion from the Tenth Circuit Court of Appeals, Acosta v. Jani-King of Oklahoma, Inc., is a reminder that there are still significant risks when classifying workers and independent contractors.

Overview of the Jani-King case

In Jani-King, the DOL sued Jani-King of Oklahoma, Inc., a janitorial company providing cleaning services. Jani-King required all individuals that performed cleaning services to form corporate entities and work through franchise agreements. The DOL alleged that the individuals providing the services on behalf of Jani-King were employees misclassified as independent contractors and that Jani-King therefore failed to keep required time records.

The district court dismissed the case. It concluded that the DOL could not simply ignore the fact that the individuals worked as corporate entities, a fact that precluded application of the Fair Labor Standards Act, which applies only to “individuals.” The DOL appealed, and the Tenth Circuit Court of Appeals reversed the district court.

The Tenth Circuit held that the DOL’s lawsuit adequately alleged that the individuals performing cleaning services were employees, regardless of the franchisee corporations they formed in order to work with Jani-King. In doing so, the Tenth Circuit referenced the long-standing principle that the designation, label or structure of a work relationship does not determine the status of a worker. It instructed the district court to look at economic reality factors, including (1) the degree of control exert over the worker, (2) the worker’s opportunity for profit or loss, (3) the worker’s investment in the business, (4) the permanence of the working relationship, (5) the degree of skill required to perform the work, and (6) the extent to which the work is an integral part of the alleged employer’s business. The Tenth Circuit found that the corporate-franchisee structure was not, by itself, sufficient to determine the question of classification.

First, employers should still consider doing business with separate legal entities, rather than individuals, if it intends to utilize independent contractors. Although the Tenth Circuit allowed the Jani-King case to proceed to discovery, it did not reject the use of franchise agreements with corporations. In fact, the Tenth Circuit explicitly stated that it was not ruling on the merits of whether contractors were misclassified. Companies that have an agreement of some sort, like a franchise agreement, with a separate corporate entity are in a better position to argue an independent contractor relationship. These agreements should include arbitration agreements with class and collective action waivers.

Finally, employers should recognize that while the Trump administration’s DOL has loosened or withdrawn several controversial regulations and opinions, it still enforces the FLSA. The DOL still conducts investigations and will file lawsuits for violations. Jani-King itself was a case brought by the DOL. Moreover, while the current DOL may generally focus more on education than enforcement, there are still scores of plaintiffs’ attorneys to pick up the slack and file costly wage and hour lawsuits.