Employers: Use caution when dealing with prescription drug users 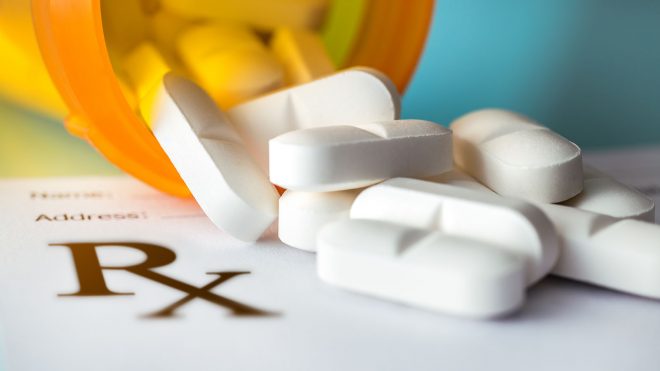 Employers often have policies that require applicants or employees to disclose the lawful use of prescription drugs that could impair job performance or potentially pose a safety concern. If you’re one of those employers, you should be aware that the Equal Employment Opportunity Commission (EEOC) has taken the position that such policies may violate the Americans with Disabilities Act (ADA).

What’s an employer to do instead? Make an individual assessment of each applicant or employee. Consider the job duties and the type of prescription medication an employee is using as part of the interactive process required by the ADA when determining whether there are measures that could be taken to accommodate restrictions or limitations placed on an employee’s activities. Under the ADA, employers are required to provide a reasonable accommodation to qualified individuals with a disability unless doing so would pose an undue hardship or a direct threat to the safety of the employee or others. This includes accommodations addressing an employee’s use of prescription medication.

In a South Dakota lawsuit, the EEOC contended the employer, Happy Jack’s Casino, withdrew a job offer for a cashier position in the casino after the applicant tested positive for prescription medication. Even after the applicant tried to explain the positive result was due to legally prescribed pain medication, the casino refused to view supporting documentation and did not hire her.  In its complaint, the EEOC pointed out that the employer’s policy of requiring all employees to report if they were taking prescription or nonprescription medication was unlawful.  Additionally, the EEOC believed both the policy and the withdrawal of the job offer violated the ADA.  The case was reportedly settled for $45,000, and the company was required to change its policies to prevent future hiring issues under the ADA. The casino now only requires employees to report prescription medications if the employee has a “reasonable suspicion” that the medication may affect performance.

In another case, the EEOC filed suit against a regional medical center, alleging the center terminated a physician after learning of his use of narcotic drugs to treat chronic pain. The physician provided his employer with a letter from his doctor stating that he was undergoing treatment for a chronic pain condition and that the treatment plan required him to take prescription pain medication and receive spinal injections. According to the lawsuit, the medical center then notified the physician of its intention to terminate his contract unless he resigned. The medical center believed he could not meet the requirements of his job duties due to the medication and spinal injections. The EEOC argued the physician could have performed his job safely and competently, and that the medical center’s decision to terminate without first having a dialogue with the doctor violated the ADA.  In its press release the EEOC stated, “Employers have an obligation to conduct individualized assessments when they have a concern about an employee’s ability to safely perform his or her job duties.”  The EEOC went on to state that it “will continue to hold employers accountable when they summarily dismiss employees based on unsubstantiated fears about a perceived disability.”

Similarly, the EEOC filed suit against a pre-school that allegedly terminated an afterschool teacher when the teacher disclosed his prior opioid addiction and participation in a supervised medication-assisted treatment program.  As part of his treatment, he was given Suboxone, a legal prescription drug used to treat adults who are dependent on, or addicted to, opioids. The EEOC said the failure of the school to conduct an individualized assessment to determine what, if any, impact the drug had on the teacher’s ability to perform his job violated the ADA.  In addition to a payment to the teacher, the case was settled with an agreement by the pre-school to (1) amend the written drug policy to include an exclusion for individuals who use legally obtained prescription medication in a lawfully prescribed manner, and (2) create an ADA-compliant procedure for conducting an individualized assessment of an employee who is enrolled in any form of alcohol, drug or illegal substance rehabilitation program in order to determine whether the employee can safely perform the essential functions of the position with or without reasonable accommodation.

Finally, the EEOC accused Volvo of violating the ADA when it allegedly rejected an applicant because he was a recovering drug addict enrolled in a medication-assisted treatment program. The qualified applicant received a conditional job offer for an hourly manufacturing position with the automaker. As part of his post-offer physical exam, he explained that he was taking Suboxone as part of a supervised treatment program as a recovering addict. When he reported the first day for work, he was told he could not be hired because of his Suboxone use.

Instead of automatically rejecting the applicant based on his use of the medication, Volvo should have conducted an individualized assessment to determine what effect, if any, the Suboxone had on his ability to perform his job effectively and safely.  Had Volvo done such an individualized assessment, the EEOC contends Volvo would have learned the applicant had been enrolled in the program since 2010 and was undergoing monthly counseling and urine testing to prevent relapse.  Since 2010, he had worked as a dockworker and as a sanitation worker without incident.  To settle the matter, Volvo paid $70,000 to the applicant and agreed to amend its policy on post-offer medical and drug evaluations to assess whether an employee’s or applicant’s lawful use of prescription medication poses a direct threat as defined by the ADA, including providing a reasonable accommodation as required by the ADA.