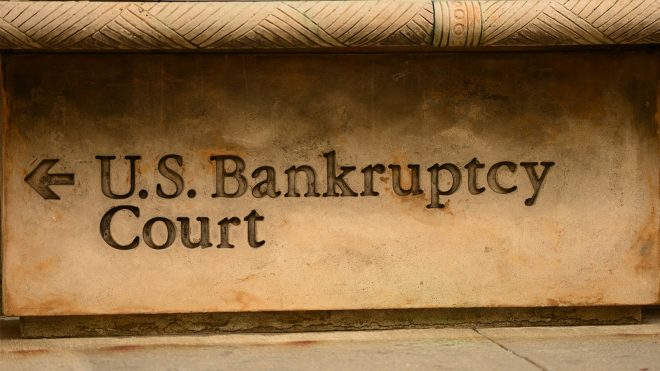 With the passage of SQ788, Oklahoma voters have created a new industry rife with opportunities for Oklahomans. From cultivation, processing, and selling, as well as the services that will support medical-marijuana businesses, there is no shortage of opportunities in the industry. However, one layer of protection that inheres in traditional business arrangements is notably absent in the marijuana industry — industry participants are not entitled to bankruptcy relief.

Bankruptcy courts in Colorado, California and Arizona have held that a debtor may not avail itself of relief in the bankruptcy courts because the debtor’s bankruptcy estate is comprised of assets that are used in or derived from the (federally illegal) marijuana industry. Marijuana currently remains a Schedule I drug in the Controlled Substances Act. The U.S. Trustee (or debtor in possession acting as U.S. Trustee) is duty-bound to follow federal laws, but also has a duty to administer and/or liquidate the bankruptcy estate — comprised of federally illegal assets. Where these duties collide, courts have dismissed most cases, holding that the trustee cannot be forced to violate federal law. Further justifications for dismissal include that the debtor has “unclean hands,” or that operating a federally illegal marijuana business constitutes “mismanagement” under relevant bankruptcy laws. Two courts have held that they would not dismiss a reorganization bankruptcy case if the debtor agrees to discontinue any marijuana-related aspects of its business.

These cases implicate a related issue of contract law that can occur outside of the bankruptcy context — the “illegality” defense. For example, suppose Manufacturer enters into a contract with Testing Lab for Testing Lab to test Manufacturer’s products. Manufacturer fails to pay, constituting a breach of contract, and Testing Lab sues Manufacturer. Manufacturer defends on the basis that the subject of the contract itself — participating in the marijuana industry — is an illegal act, and therefore the court cannot enforce the contract or any judgment derived therefrom because it would put the court in the position of enforcing activity that is federally illegal. Most courts have rejected this argument on the basis of equity, fairness, and application of state law in states that have legalized marijuana. However, at least one court has accepted this defense and dismissed a lawsuit.

The primary distinction between the outcomes in bankruptcy cases and civil cases stems from the fact that in bankruptcy, a representative of the federal government (U.S. Trustee) must actively operate and sell assets used in or derived from a federally illegal activity. Most civil courts have noted that it is possible for a breaching party to pay a judgment with non-marijuana funds and, therefore, industry contracts can be enforced.

Many new business opportunities exist in Oklahoma after the passage of SQ788, but the level of initial optimism should be met with a much higher level of caution that success in such an ever-changing industry requires. The law is unforgiving to the industry. Contract bargaining, negotiation, and drafting must take this reality into account. From a debtor’s perspective, a discharge or reorganization of debts in bankruptcy will likely be unobtainable. In an industry where personal guaranties will likely be very common, all debts could follow the debtor forever. From a creditor’s perspective, with no orderly administration of a debtor’s estate in a bankruptcy court, creditors are left to race other creditors to the courthouse to file lawsuits – the exact activity that the Bankruptcy Code is intended to prevent. There is uncertainty for creditors even after winning the “race to the courthouse” because the assets themselves generally will be either money or property that is potentially subject to forfeiture in the creditor’s hands. The willingness of a sheriff to execute on a judgment is unclear. Even beyond issues related to a sheriff’s execution, the creditor, receiver, assignee, etc. could need appropriate marijuana licenses if they took possession or control of such assets.

These risks can be minimized by careful crafting of relevant agreements (particularly, dispute-resolution clauses) and contracts that uniquely address industry-specific issues. This means that typical contracts used by attorneys in other industries, or worse — form contracts found online — are insufficient in the marijuana industry. It is critical for prospective investors and other industry participants to seek the advice of specialized counsel.