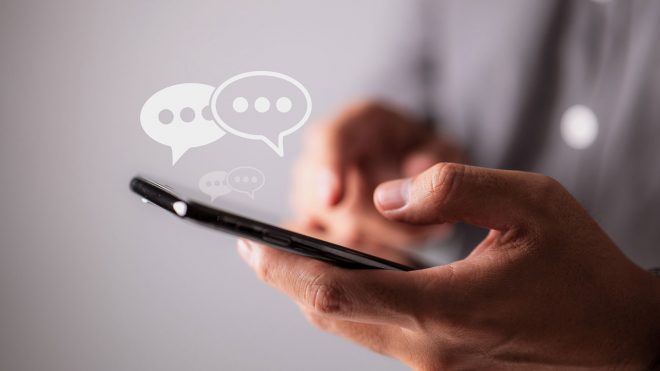 Even with absences covered by the Family and Medical Leave Act, an employer is entitled to put in place policies that set out how an employee must notify the employer about their health related absences. As the means of communicating with supervisors have changed and increased over time, whether an employee has given adequate notice of their absence through some electronic methods can become an issue when there is a dispute about an individual’s entitlement to FMLA coverage.

Gestamp West Virginia, LLC manufactures auto parts in South Charleston, West Virginia. Under Gestamp’s attendance and leave policies, employees must notify their group leader at least 30 minutes before their shift begins if they will be late or absent. Employees are required to use a call-in line to provide this notice. The call-in line number is posted on a bulletin board, and Gestamp gives each employee a card bearing the call-in number.

Surgery, infection and absences from work

Kasey Roberts worked on the assembly line at Gestamp, and Gary Slater was his group leader. After undergoing an emergency appendectomy in June, Roberts sent Slater a Facebook message explaining his situation. Slater and Roberts continued to communicate with one another via Facebook Messenger after the surgery, with Roberts advising Slater he would miss work for two weeks while he recovered. After he was released from the hospital, Roberts dropped off a physician’s note to the company confirming the need to miss work for recovery.

Shortly before returning to work, Roberts’ surgical wound became infected, and he was readmitted to the hospital. Roberts immediately messaged Slater to explain he was back in the hospital, and he asked for Human Resources’ fax number to forward paperwork extending his medical leave. Roberts and Slater continued to communicate through Facebook Messenger about his condition and when he would be able to resume working. Eventually, Roberts was approved to return to his job on August 12.

After working a few days, Roberts began to feel pain and sought medical care. On August 20, he messaged Slater to say that he would again be missing work, that he was being admitted to the hospital, and that he did not know how long he would be hospitalized. On September 3, when Roberts returned to Gestamp with a physician’s note covering his most recent absence, he learned he had been fired for “job abandonment.”

Roberts sued Gestamp over his termination, claiming the employer had interfered with his rights under the Family and Medical Leave Act. Under the FMLA, Gestamp was entitled to require employees to comply with its “usual and customary notice and procedural requirements for requesting leave” unless “unusual circumstances” existed. Gestamp argued that Robert’s failure to use the employer’s call-in number to report his absences and status justified termination. Roberts countered that Gestamp modified its call-in requirements by way of Roberts and Slater’s past use of Facebook Messenger for his absences.

FMLA regulations permit an employer to require its workforce to call a designated number or a specific individual to request leave. Here, the issue was whether Roberts’ use of Facebook Messenger to notify Slater of his absence and status was a “usual and customary” method to advise Gestamp of his need for FMLA leave. For a number of reasons, a federal appeals court ruled that a jury should decide whether Gestamp had violated the FMLA by firing Roberts.

A ”usual and customary” procedure includes “any method that an employer has, by informal practice or course of dealing with the employee, regularly accepted ….” Here, Roberts and Slater had a history of communicating about work issues using Facebook Messenger. More particularly, Roberts and Slater had routinely communicated about his ongoing health condition, absences, and return to work via messaging, and neither Slater nor anyone else at Gestamp had objected to that method in the past. Indeed, Roberts’ earlier absences had been approved for FMLA leave.

Have a written policy setting out the procedure employees must follow when requesting leave or reporting absences. It makes sense to train supervisors on how those reporting requirements work, and to emphasize they should not approve an absence that does not satisfy your procedure. If they are uncertain or have any questions, supervisors should know to work with Human Resources when navigating leave or absence issues.