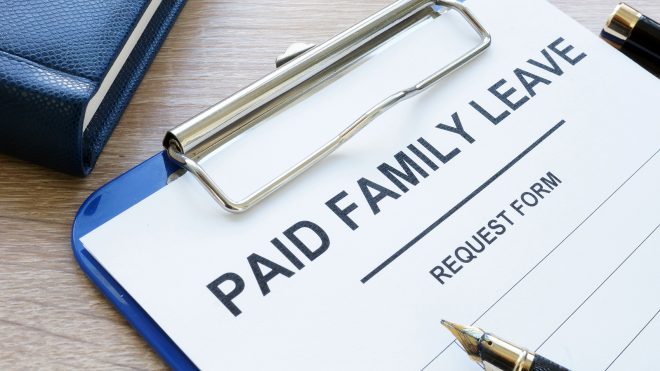 The U.S. Department of Labor makes available a variety of Family and Medical Leave Act forms to employers.  When used by companies, the DOL forms are extremely helpful with managing and administering employees’ FMLA absences. But what happens when an employer discovers an employee has falsified an FMLA form they submitted to their employer?

Falsified forms for an ill spouse

Robert Straub worked for the County of Maui, Hawaii, for a number of years in a variety of positions. Straub’s wife, Francine Straub, lived in Arizona and suffered from Parkinson’s disease. Straub requested and was approved for FMLA leave from June 22 to July 8, 2016. In support of his absence, Straub provided a completed “Certification of Health Care Provider for Family Member’s Serious Health Condition” form that was “digitally signed” on April 12 by Dr. Ahmad Nizam. The certification stated that Straub was needed for two to three weeks to assist with several follow-up doctor appointments for his wife, who was blind. Further, the certification advised that Ms. Straub “should be seen every 6 months at least.”

Next, on October 24, 2016, Straub requested FMLA leave to care for his wife from January 3 to 20, 2017. Once again, he provided to the County a certification “digitally signed” by Dr. Nizam, this time dated October 20, 2016. Straub reported to his employer that he needed to miss work after the first of the year based upon treatment his wife needed to receive at the Muhammad Ali Parkinson Center in Phoenix.

Both of these FMLA leave requests from Straub were approved.

On January 31, 2017, the County laid off Straub. Since 2011, the County had purchased T-shirts from a company owned by Straub. At some point after his employment ended, the County quit doing business with Straub’s T-shirt business.

Straub filed a lawsuit accusing his employer of, among other things, interference and retaliation based upon his FMLA absences.

The end to Straub’s FMLA claims

Although it is unclear how or when, the County determined the certifications that were “digitally signed” by Dr. Nizam in April 2016 and October 2016 and submitted by Straub to support his most recent FMLA absences were falsified. Dr. Nizam testified that he had not treated Ms. Straub since April and did not “complete, authorize, or sign, digitally or otherwise, any FMLA paperwork for Robert Straub or Francine Straub.” Ms. Straub confirmed that Dr. Nizam did not treat her at any point during the time of her husband’s absences from work. When Straub denied falsifying the certifications, the court found his explanations as “too far-fetched.”

Because it disbelieved Straub’s story, the court dismissed Straub’s FMLA interference and retaliation claims against the County. Quoting federal regulations, the court also noted that the FMLA does not protect an employee “who fraudulently obtains FMLA leave from an employer …” 29 CFR sec. 825.216(d)

Have solid proof of falsification

Does this mean every time an employer suspects the truthfulness of FMLA paperwork, it should claim falsification by their employee? No – accusations of falsified FMLA documents are serious. Here, the County of Maui had Straub dead-to-rights on his wrongful conduct through the testimony of Dr. Nizam and Ms. Straub. Before taking action against an employee based upon falsified FMLA certifications, make sure your evidence is equally strong.